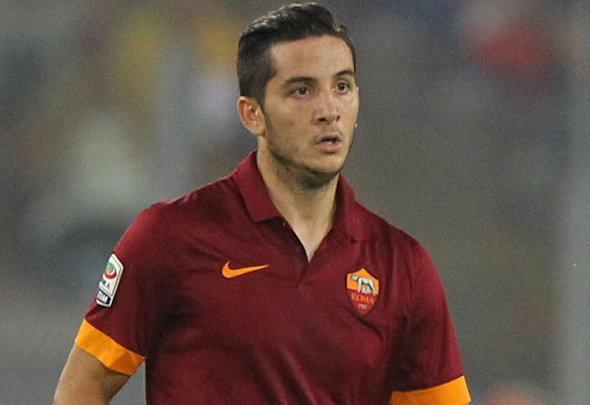 Roma boss Luciano Spalletti has declared that star defender Kostas Manolas will not be leaving the Stadio Olimpico, after being linked with Europe’s heavyweights.

Football Insider revealed in April that Arsenal were eyeing Manolas two years after a deal to sign him collapsed. He has also been a move to rivals Manchester United and Chelsea.

However, speaking to Roma’s official website, Spalletti has now responded to these rumours by issuing a warning to the Premier League big-boys, stating that Manolas will not be leaving the Serie A giants this season.

“Manolas is a good footballer,” Spalletti said. “There are many good footballers, and so it can happen that he will be linked in the transfer market.

“But his intentions are clear, so there are no issues. Manloas will stay with us.”

The former Olympiacos centre-back was expected to move on this summer, especially after a training ground bust-up with teammate Kevin Strootman.

The centre-back replaced Mehdi Benatia at the heart of the Roma defence when he joined from Olympiacos in the summer of 2014. He has since been a regular feature for the club making 67 appearances to date.

Roma will be reluctant to sell Manolas as a clause exists in the defender’s contract, which states that Roma will owe Olympiacos 50 per cent of his future transfer fees.

In the latest Arsenal transfer news, Ligue 1 side Bordeaux are set to bid for the Gunners’ out-of-favour French right-back.