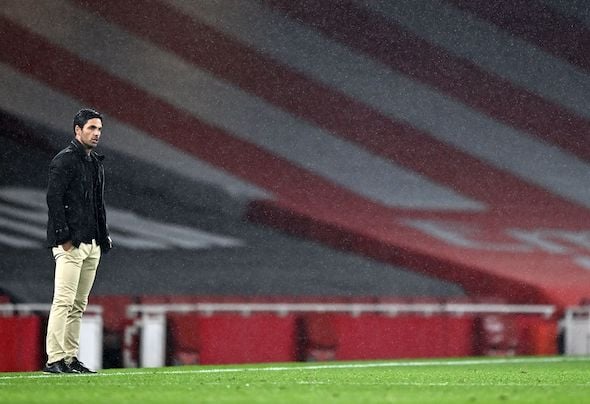 Kevin Campbell has claimed Mikel Arteta and Edu pulled off an extraordinary heist to seal the “world class” Arsenal signing of Thomas Partey.

Speaking exclusively to Football Insider, the former Gunners striker has been blown away by the brilliance of the midfielder he claims already deserves comparison with the legendary Patrick Vieira.

Campbell has been won over by the 27-year-old during his first month at the club and is in no doubt he is a magnificent capture.

Credit must go, he says, to manager Arteta and sporting director Edu for going incognito to get the deal done.

“I have got to say this, and it might make you laugh but Edu and Arteta put the balaclavas on and went over to Madrid to sign Partey,” Campbell told Football Insider. “I am telling you now he is an absolute steal.

“It is fair to compare Thomas Partey to Patrick Vieira. This guy is world class. World class. People think he is just a defensive midfielder but he is not. He is a good all-rounder.

“Roy Keane knows. Roy Keane has played against Vieira. He knows how good he was.

“Thomas Partey is a great all-rounder and he can do so much more than just be that defensive midfielder. Honestly, Arsenal stole him.

“A brilliant, brilliant player. His defensive work is fantastic. His attacking play, his control, passing – with or without the ball is superb. What more do you need? He ticks all of
the boxes.”

He has made four appearances for Arteta’s side since his arrival, including starts in the last two Premier League matches.