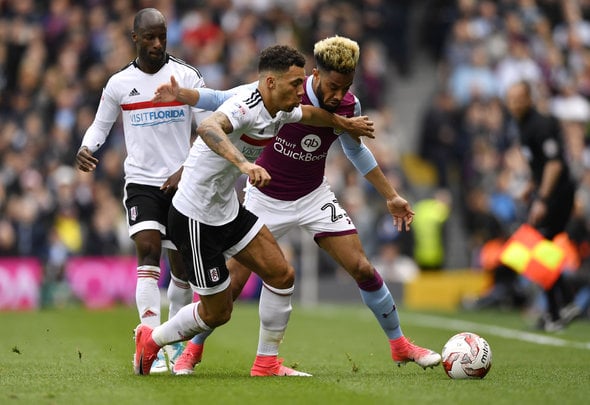 Aston Villa defender Jordan Amavi is being targeted by Italian top-flight club Sampdoria, according to a reliable journalist.

Sky Sports Italy correspondent Gianluca Di Marzio has claimed on his personal website that the Serie A side are eyeing a move for the 23-year-old.

It is understood that Sampdoria want to bolster their defence in the summer and are keen on a new left-back.

Amavi endured a difficult time last season as Villa slumped to a mid-table finish in the Championship.

The full-back moved to the Midlands giants at the beginning of the 2015/16 season and became popular with fans, but a long-term injury saw him miss the majority of the campaign as they were relegated from the Premier League.

He was given the opportunity to impress last season in England’s second-tier, but was unable to help inspire promotion.

Amavi lost his left-back role at the back-end of the season to teammate Neil Taylor and was used as a left winger instead, with the attacking side of his game helping him adapt quickly.

Amavi looks destined to leave Villa Park in the summer after falling out of favour and the club should be able to recoup some good money for him. The Frenchman is clearly a talented player, but has not looked the same since his long-term absence through injury. He certainly needs to work on the defensive side of his game and it’s understandable that manger Steve Bruce would prefer Taylor at left-back. Sampdoria may be a good destination for Amavi following their mid-table finish in Serie A and it would help him seal a return to a top flight. The 23-year-old still has time on his side to strengthen his game and is too good to become a fringe player at Villa next season.

In other Aston Villa transfer news, they are set to pursue a deal for a soon-to-be-available proven goalscorer.