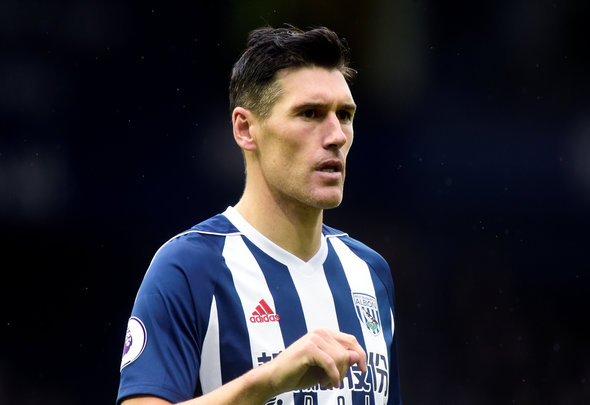 Aston Villa will attempt to lure West Brom midfielder Gareth Barry back to the club in the summer if they are promoted to the Premier League, according to a report.

The Mirror claimed in their live transfer blog on Thursday [03:38pm] that Barry, 37, is hoping to relocate himself permanently in the Midlands and has put his Cheshire mansion up for sale at £4.5million.

It is understood that there is a clause in the midfielder enforcer’s contract at The Hawthorns that enables him to quit the Baggies if they are relegated from the Premier League.

West Brom fans weren’t entirely happy when they signed Barry from Everton for £1million last summer. He’s a former Villa player and well past his sell-by date. However he did put in some strong performances in his first few months, but after Christmas, things took a real turn for the worst. Barry has been out injured since February and Albion fans are lucky because Barry’s antics on the infamous mid-season trip to Barcelona brought shame on the club and was surely a major factor in the club’s inevitable relegation. Do Villa want players like that in their squad? Barry has used and abused West Brom and remember when he originally left Villa Park to go to Manchester City? His first appearance back in the West Midlands was welcomed by some major hostilities. Not all fans would welcome Barry back and due to his age, fitness levels and laughable professionalism, Steve Bruce must avoid at all costs.

In other Aston Villa news, this 25-year-old Villain is in the form of his life but Bruce must discard him in the summer.