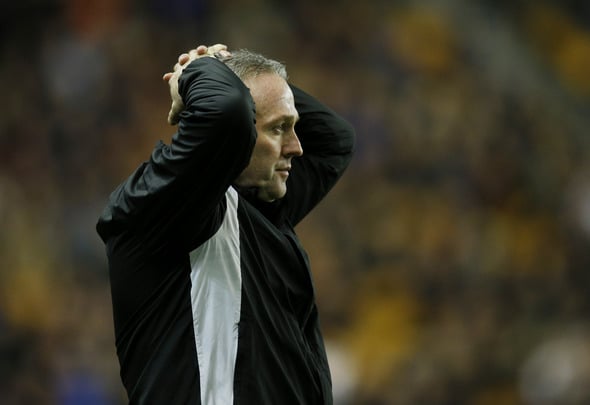 Aston Villa fans have taken to Twitter to react to the news that Paul Lambert has been appointed manager of Stoke.
The Premier League side announced on their official Twitter account on Monday that Lambert, 48, had agreed terms to take charge at the Bet365 Stadium and replace Mark Hughes, who was sacked earlier this month.

Stoke City are delighted to confirm the appointment of Paul Lambert as the Club’s new manager.https://t.co/HPLKDZE3Zh#SCFC 🔴⚪️ pic.twitter.com/KyiQSrPmzA

Lambert spent three years as Aston Villa manager between 2012 and 2015 before he was sacked and replaced by Tim Sherwood.
The Scot’s dismissal happened a year before Villa’s fall from grace when were relegated from the Premier League for the first time since the top-flight’s rebranding in 1992.
Villa constantly battled relegation throughout his time in the West Midlands and made a series of failed signings like Philippe Senderos, Aleksandar Tonev and Nicklas Helenius – however there was the odd gem like Christian Benteke.
Now, the Villa Park faithful have taken to Twitter to offer a mixed reaction.
Some say that the 48-year-old is not as bad as he seems, while others find it hilarious.
Here is a selection of their tweets:

Paul Lambert biggest problem is going to be getting his players to understand what he’s saying. #avfc

Paul Lambert to Stoke is an odd one. I still believe there's a very decent manager in there, somewhere. I'm not sure this is the right job to prove that.

Lambert 😂😂 good luck with that one

Paul Lambert back in management…. Stoke odds on to go down then now!!!

https://twitter.com/AlfieBlair151/status/952865949371248640
Lambert has managed Blackburn and Wolves in the Championship since leaving Villa Park.
He was drafted in to replace Walter Zenga last term, but only managed to get the cash-rich Wolves to finish 15th.
In other Aston Villa news, the Villains have made approaches for a trio of Premier League players.
We’ve launched a << BREAKING NEWS FEED>> exclusively for your club. ‘Like Us’ on Facebook by clicking here if you want 24/7 updates on all Aston Villa breaking news.