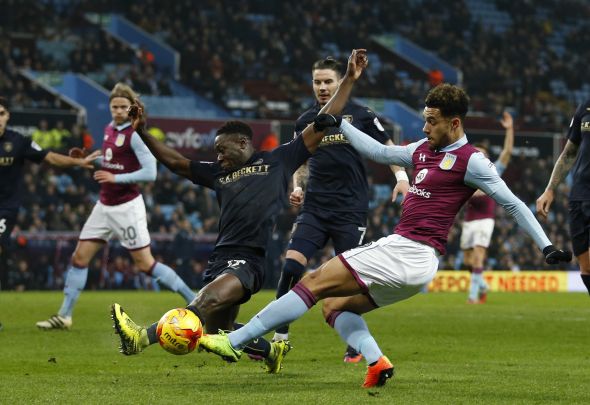 Steve Bruce has received a huge injury boost after Andre Green returned to Aston Villa training ahead of Saturday’s showdown against Wigan, according to a report.

Green, 18, picked up a hamstring injury during the 2-0 win against Bristol City back in February, and has subsequently missed Villa’s last three games.

The Birmingham Mail revealed that midfielder Green could now play some part this weekend, but his return only scratches the surface of Villa’s list of absentees.

A huge 10 senior players will be sidelined for the match against the Latics, who are yet to replace Warren Joyce after relieving him of his duties just four months into the job this week.

With Leandro Bacuna also set to sit out his fifth match of a six-game ban following his red card against Derby, Bruce will be without a huge chunk of his senior stars to face Wigan.

However, the return of Green will come as a huge boost to Bruce, who will be looking to secure Villa’s fifth win in six games against former side Wigan.

Victory against the Lancashire club at the DW Stadium could see Villa climb to 11th place, leaving Wigan one game closer to League One relegation as they sit in 23rd place.

In other Aston Villa news, Mark Fotheringham has made a huge claim when comparing this Villa youngster to Celtic star Callum McGregor.