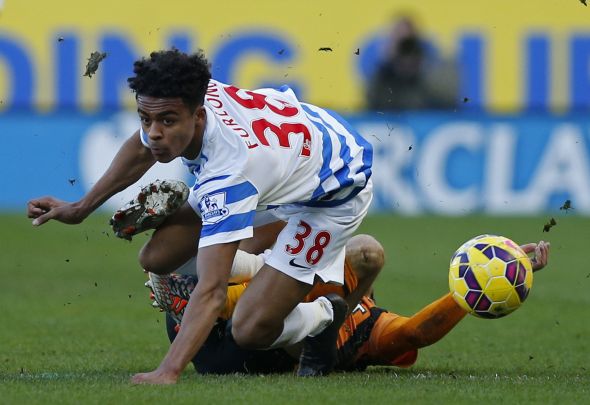 Aston Villa are set to rival Reading and Preston to sign Queens Park Rangers full-back Darnell Furlong, according to a report.

HITC Sport claim that sources close to QPR have revealed the Championship trio have all made enquiries for the 21-year-old, after he returned to Loftus Road from a loan spell at Swindon Town.

Furlong, son of former QPR striker Dean Furlong, impressed on loan with the Robins during the first half of the season as he gave the League One side an attacking outlet on the right.

Scoring two goals for Luke Williams’ side, Furlong also produced five assists as well as helping the Wiltshire-based side to six clean sheets in his 28 league and cup appearances.

With less than six months remaining on his contract with Ian Holloway’s side, Furlong could be made available this month as QPR look to avoid losing him on a free transfer in the summer.

Making his debut in the Premier League with QPR against Hull back in February 2015, Furlong has made just six appearances for the London club but has enjoyed loan spells with Northampton and Cambridge as well as Swindon.

Steve Bruce’s side are desperate to bring a new right-back to Villa Park in the near future as the contract of Alan Hutton enters its final months. With no new talks on the horizon for the former Tottenham defender, Bruce could look to Furlong to replace Hutton and become Villa’s new first-choice right-back upon Hutton’s departure. However, with little experience in the Championship or Premier League, promotion expert Bruce should scour the market for right-back options before making a move for Furlong. Available on the cheap, Furlong could be brought in to provide cover for Barnsley right-back James Bree, who is rated at £4million and also reportedly interesting Bruce.

In other Aston Villa transfer news, this Premier League target has given an update on his future.