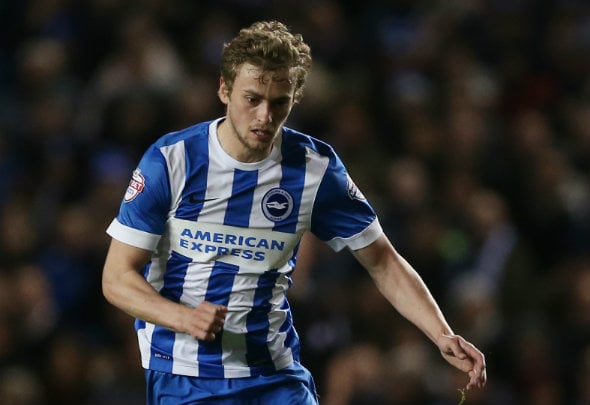 Aston Villa have joined the race to sign Manchester United striker James Wilson, according to a report.

The 20-year-old is expected to be shipped out on loan again this summer after spending much of the 2015-16 season at Brighton.

Wilson bagged five goals in 25 Championship appearances at the second-tier club and United are eager to give him more first team action away from the club.

Wilson is expected to fall further down the United pecking order with Marcus Rashford now an established member of the first team and Zlatan Ibrahimovic reportedly finalising his free transfer to Old Trafford from Paris Saint-Germain..

Middlesbrough are thought to be hopeful manager Aitor Karanka’s close relationship with new United boss Jose Mouriho will be enough to sweeten the deal for Wilson, but Villa also have a connection to the Portuguese.

Assistant coach Steve Clarke is another of Mourinho’s close friends in England and Villa are hopeful that friendship will work in their favour.

Wilson has managed four goals in 20 senior appearances for United and has regularly starred for the Red Devils’ at Under-21 level.

Villa are on the look out for quality players without a hefty price-tag as they look to make their stay in the Championship as short as possible.

In other Aston Villa news, the club are in pole position this international midfielder.