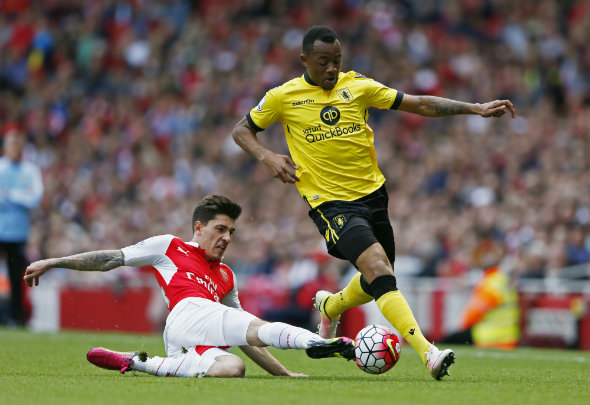 Jordan Ayew’s agent has offered his client to Galatasaray with the forward desperate to leave Aston Villa this summer, according to a report.

The former Lorient striker, who can also play on either wing, provided seven goals in his first season in England, but could not stop Villa from slipping into the Championship.

Turkish outlet Fotospor now claim Ayew wants out of Villa because the 24-year-old has no desire to play in the second tier of English football.

It is reported that the striker has told his agent to look for another club and that Galatasaray has been informed the player is happy to move to Turkey.

Galatasaray are believed to be unwilling to match the £9million Villa paid for Ayew, but could be interested in a loan deal.

The end of this month will mark a year since Villa forked out £9million on Ayew who is just 12 months into the four-year deal he signed last July.

Ayew went on to be Villa’s top scorer in the 2015-16 season and returned to training with the first-team this week.

Villa begin their Championship campaign against Sheffield Wednesday on August 7 hoping their stay in the second division will be a short one.

In other Villa news, Sunderland are set to rival the Villains for the signature of a Ligue 1 defender.