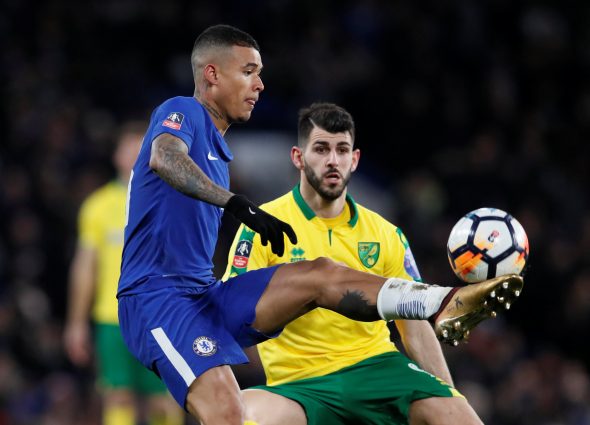 Brazilian winger Kenedy has said that he does not know if his loan deal at Newcastle United will be turned into a permanent move after joining from Chelsea this month.
The 21-year-old was the Magpies’ first, and currently only, signing of the January transfer window, with the speed machine linking up on a six-month temporary deal after struggling for game time in the opening half of the season.
He managed to make just five appearances for the Blues, not one coming in the Premier League, before arriving at St James’ Park, but was unable to make his debut over the weekend with Newcastle coming up against his parent club in their 3-0 FA Cup defeat.
Speaking ahead of Wednesday night’s clash against Burnley, which could see him make his debut if picked ahead of fellow wingers Christian Atsu, Matt Ritchie or Jacob Murphy, Kenedy admitted that he is just desperate to play first team football, and that a permanent move could be down to manager Rafael Benitez’s decision.
He told the Chronicle: “Rafa is a great coach, I think he can teach me a lot of things and with him, I can improve my career.
“He had a big role in the decision. At the moment, I just need to play and do my best and after, if he decides if I will stay longer, it’s okay.
“At the moment, my head is here, my mind is with Newcastle.
“I will play here, do my best and after we will see if I stay here or go back. But at the moment, my head is here.”
Kenedy has 16 English top flight outings under his belt for both Chelsea and former loan side Watford, as well as a single goal, while he has hit home three times in 27 appearances for the Blues’ senior squad.
In other Newcastle United transfer news, the club’s fans have been left raging over the latest update on the Magpies’ striker hunt.