Danny Mills has urged Leeds United to “be careful” with their Aaron Ramsdale interest and insisted the quality of a keeper can only be assessed in training.

The former England international, speaking exclusively to Football Insider correspondent Dylan Childs, claimed there were also no guarantees the 21-year-old would be first choice at Elland Road.

As revealed by Football Insider on Saturday, United are keeping tabs on the 21-year-old this summer amid doubts over the future over Kiko Casilla.

Ramsdale has established himself as number one at Bournemouth in his debut Premier League campaign, starting all but one of the club’s 29 matches in the competition this season.

Mills admitted whilst he has been impressed with the performances of the England under-21 international he would not be quick to rule out Illan Meslier.

“I think a move is dependent on how Meslier fares for the rest of the season,” he told Football Insider.

“There will be plans in place for every eventuality.

“Ramsdale has impressed but it is difficult for Leeds to make a judgement on a goalkeeper they are not seeing in training. Goalkeepers make four or five saves in a game and it is not a great deal. It is difficult to see how good they really are when all you see is glimpses. A great save is not a great goalkeeper.

“Leeds have to be careful. If you go into the Premier League is he going to want to come to Leeds and not be the guaranteed number one?” 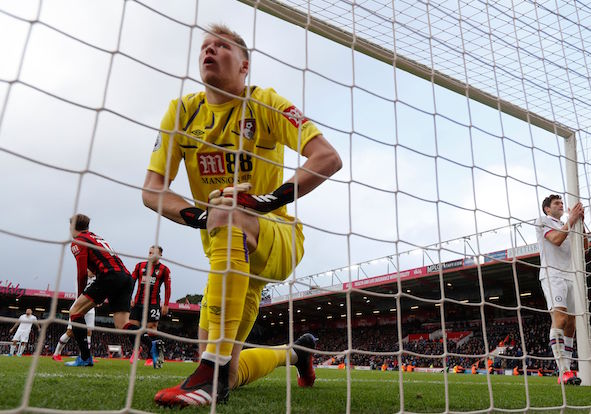 Ramsdale, who spent last season on loan at AFC Wimbledon, has been monitored by United for two years.

With doubts over the futures of Illan Meslier and Kiko Casilla – Marcelo Bielsa is expected to be in the market for a new number one.