Jan Vertonghen is set to be out until the middle of March in a major blow to Tottenham’s title challenge, according to a reliable journalist.

Belgian journalist Kristof Terreur shared an update about Vertonghen’s fitness on Twitter on Tuesday after the centre-back broke down with an ankle injury at the weekend.

Terreur reported on his personal Twitter account that the 29-year-old will be sidelined for “around two months” with ankle ligament damage.

There’s no exact time frame, as some players recover faster from ligament injuries. Though, Vertonghen could be out for around 2 months.

This came after Tottenham received the results of scan tests on Vertonghen after he sustained what Mauricio Pochettino admitted was a “bad” injury in Spurs’ 4-0 win over West Brom on Saturday.

Terreur, who reports on Premier League-based Belgium players for publication HLN, stressed there was “no exact time frame” for the defender’s recovery but Pochettino and his coaching staff will now have to plan to be without him until mid-March.

It is a huge blow to Spurs’ title challenge as Vertonghen has been a key member of the meanest defence in the Premier League.

The London giants have conceded just 14 Premier League goals from their 21 matches in the competition this season, the best record in the top flight.

Vertonghen has looked comfortable in the new 3-5-2 formation used by Pochettino in recent weeks, alongside Eric Dier and Toby Alderweireld.

Using the system with great success in the Premier League, Tottenham have beaten Chelsea 2-0 and demolished Watford and West Brom.

Pochettino will now have a big decision on who to select in place of Vertonghen for Saturday’s clash against Manchester City at Etihad Stadium.

Many supporters believe Wales international Ben Davies would be the ideal man to replace fellow left-footer Vertonghen rather than the more orthodox centre-back Kevin Wimmer.

In other Tottenham team news, a striker has signed after Spurs agreed terms. 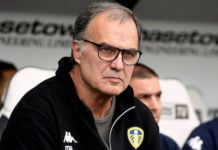