Darren Bent has urged Everton to cash in on Moise Kean if a substantial offer is made this month.

The former Tottenham and England striker, speaking exclusively to Football Insider, has warned the Toffees they risk taking a financial hit should they give him another chance to prove his worth at Goodison Park.

Sky Sports reported earlier this month that PSG have held talks with the Everton over signing the 20-year-old for £31million – £4million more than the Blues paid to sign him from Juventus in 2019. 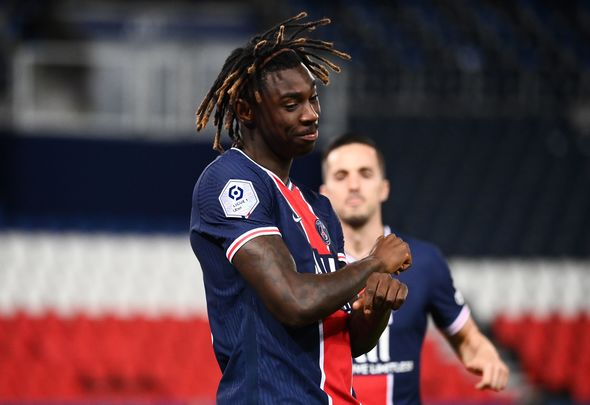 Carlo Ancelotti has since confirmed he is happy for Everton to discuss a permanent move for Kean if the young striker wants to stay at the French giants.

Bent believes Kean’s value could fall if he was to struggle on his return to Goodison Park and if the Toffees have the chance to break even – or even make a profit – on his sale, they should do it.

“They’ve got to take it, because I don’t quite know what they’d be able to get for him if he did come back and didn’t quite do the business,” Bent told Football Insider.

“For me, it’s certainly, definitely, a case of he needs to go, if they can get some money for him now then do it.”

Kean has been in fine form during his temporary stay in France, having failed to score in just six of his 14 league appearances so far.

He has netted a total of 11 times in 20 appearances with PSG, seven more goals than he managed in 34 outings for Everton.

In other news, West Brom are tipped to launch Everton raid after meeting reveal.