Darren Bent claims that new signing Carlos Vinicius has the potential to bring an extra dimension in the Tottenham attack.

The former Spurs and England striker, speaking exclusively to Football Insider assistant editor Russell Edge, has been left raving over the Brazilian’s ability to both score and bring others into play with his strength and link-up play.

Tottenham confirmed on Friday that they had secured a deal to sign the 26-year-old hitman on loan from Benfica.

Other than Harry Kane, the Lilywhites have been without a recognised senior striker since Fernando Llorente left north London last summer.

Bent believes Vinicius shares some of the same qualities as the Spaniard but suggests he could play alongside, rather than instead of, Kane in the Spurs side.

“I’ve seen him before and what I like about him, while his stats are brilliant, it’s the way he links play, he’s a big strong centre-forward,” Bent told Football Insider.

“He’s quicker than you think, because he’s so big once he gets going his stride kind of takes him away from people. He’s got good technique, he’s been scoring a lot of goals, a lot of assists. 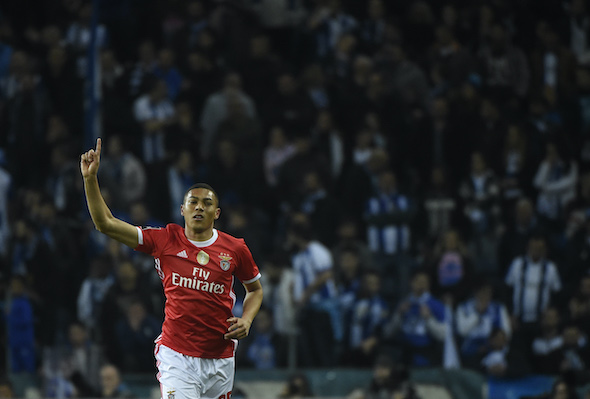 “Maybe, if they’re struggling, they don’t have to take Harry Kane off and they can go with the both of them because they can maybe be a little bit more direct with Vinicius.”

The Brazilian striker netted 24 goals and chipped in with 13 assists for Benfica last season.

In other Tottenham news, ex-Spur claims rivals priced out of signing current star.