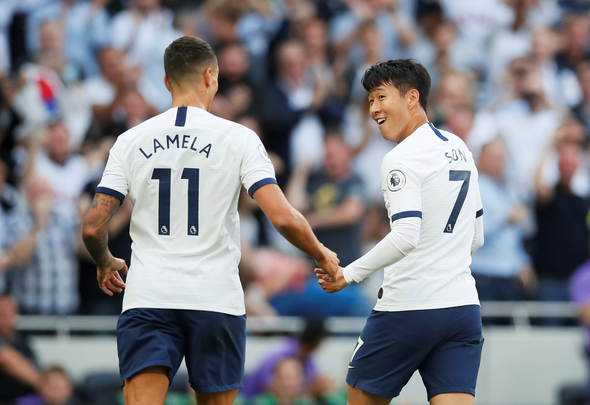 Paul Robinson has revealed he was blown away by the performance of Tottenham forward Erik Lamela in the Lilywhites’ 5-0 win over Red Star Belgrade in the Champions League.

Speaking exclusively to Football Insider assistant editor Russell Edge, the former Spurs and England goalkeeper says that Tuesday’s display was one of the best he has seen from the 27-year-old in his 200 games for the Lilywhites.

Lamela, whose Spurs career has been beset by injury problems, scored once and set up two assists for his teammates on Tuesday night, helping Mauricio Pochettino’s men pick up their first European win of the campaign.

Robinson says that he does not think he has seen Lamela play better in his time at Spurs and that despite two goals apiece for Harry Kane and Heung-min Son, it was the Argentine who was his man of the match.

Robinson told Football Insider: “The man of the match for me, Erik Lamela, the best I’ve seen him play in a long time. Two assists, got his goal, he had the chance to get two or three more goals and I thought he was key to the performance in midweek.

“Son and Erik Lamela were outstanding. It was 200th game for Spurs, been there a long time. We saw the true ability the other night. He enjoyed playing on the right-hand side, cutting in on his left.

“I thought his all-round game was outstanding, probably one of his best performances in a Spurs shirt.”

Lamela has scored just 32 goals and contributed 44 assists in his 200 appearances for the north London giants, a long-term hip injury just one of a number of problems which have curtailed his playing time for the club.

This season has seen him play 13 times with three goals and three assists across all competitions, eight of those outings coming in the starting XI.

In other Tottenham news, Alan Hutton claims that one Spurs star is “killing” his chances of a future at the club.