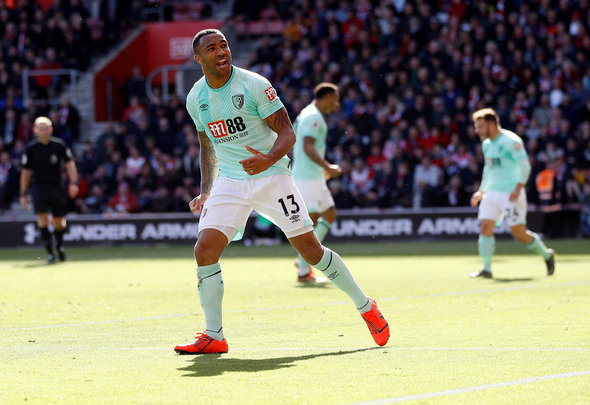 Former England star Danny Mills says that Bournemouth striker Callum Wilson would be a great signing for Tottenham to sort out their lack of centre forward options.

Speaking exclusively to Football Insider, the ex-Leeds and Manchester City defender says that there is plenty to tempt him into a move from the south coast to north London and that he could act as both backup or a foil for fellow countryman Harry Kane.

Mauricio Pochettino has been forced to use Heung-min Son and Lucas Moura as a replacement up front in Kane’s absence, with Fernando Llorente the only other senior centre forward option at his disposal.

Speaking about a potential move for Wilson, Mills touted Tottenham as an ideal destination for the 27-year-old and that the player would want the switch.

The former England ace told Football Insider: “Would the likes of Tottenham not be interested? He’d be an addition (rather than backup).

“He could play alongside Harry Kane, he’s a very, very good player. If I was Tottenham I would be looking at him and thinking: ‘What am I going to get for my money? Actually yes. Is he better than what we’ve got in terms of secondary? Yes.’

“Is he going to want to go there and be second fiddle? Champions League football might encourage him, new stadium – all these types of things. He might just think: ‘Yeah, you know what? I’ll give that a go and if I get a chance, I’ll take it.’ The manager, Pochettino, if you do well will leave you in.

“I think Tottenham would be a good fit for him. He’d have to prove himself to get in the side week in, week out but it’s certainly something he would want to be chasing.”

Wilson enjoyed a productive 2018/19 campaign for both club and country, scoring 15 goals and chalking up 10 assists for Bournemouth as well as scoring on his England debut back in November.

In other Tottenham news, it can be REVEALED that the club have tabled a £100m-plus offer in fees and wages for an international ace.