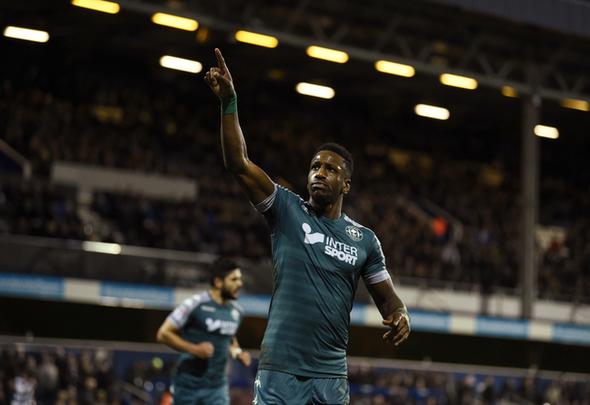 Celtic have been installed as the second favourites to sign Wigan stiker Omar Bogle this summer, according to the latest bookmakers’ odds.

Sky Bet have priced the Glasgow giants at 11/2 to land the 25-year-old forward before the September transfer deadline.

English Championship club QPR are the only side to boast shorter odds with a current pricing of 5/2, while Suffolk-based club Ipswich are in third at 7/1.

The odds follow a report from Sky Sports that Wigan have placed Bogle on the transfer list this summer with manager Paul Cook believing he doesn’t fit into his side’s style of play.

It is said that Championship trio Ipswich, QPR and Barnsley have all expressed an interest in signing the £800,000-valued English striker, but there is no mention of Celtic in the report.

But, the Hoops are currently going through their own forward crisis with both Moussa Dembele and Leigh Griffiths in the treatment room, leaving Brendan Rodgers without a natural striker in his squad.

Last season Bogle managed 19 goals in 27 League Two matches for Grimsby before making the step up to Wigan in January, where he managed three goals in 14 Championship appearances, taking his 2016-17 goal total to 22.

That goal return could have seen him enter Rodgers’ radar and given recent developments the Northern Irishman may be considering bringing Bogle up to Glasgow.

In other Celtic transfer news, this Hoops winger is being eyed by a Premier League giant.