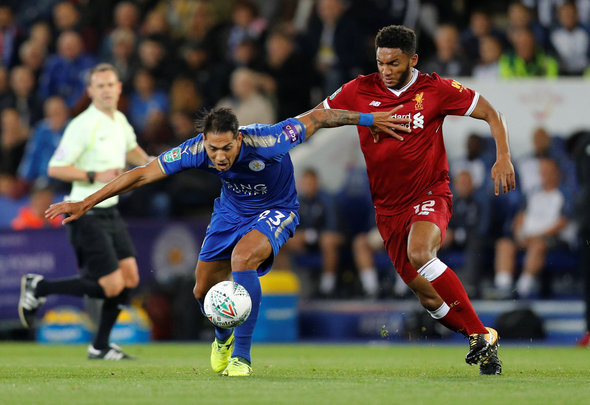 Aston Villa are huge favourites to sign Leicester forward Leonardo Ulloa during the January transfer window, according to the latest bookmakers’ odds.
SkyBet have the West Midlands outfit priced at 5/2, leading the market ahead of second favourites Leeds United (14/1), who may be in for a new striker this month after Thomas Christiansen admitted it’s a “possibility” he could bolster his front line.
Sunderland (16/1) are also seen to be in the running for Ulloa, 31, but it appears that Villa are streaks ahead of the rest of the competition in the race for his signature.

Ulloa has only made six appearances across all competitions for Leicester this season and appears to be well down the pecking order with competition from Jamie Vardy, Kelechi Iheanacho, Islam Slimani and Shinji Okazaki for a spot in Claude Puel’s plans.
Since Puel replaced Craig Shakespeare in charge, the Argentinean forward has began to feature more in the Premier League, but he is still yet to spend more than seven minutes on the pitch in any one league appearance.
The former Brighton striker was part of the Leicester team that won the Premier League title in 2015/16, but since the wave of title-winning money stuffed the pockets at the King Power, he has really struggled for game time.
The Birmingham Mail has previously reported that Steve Bruce is interested in Ulloa.
In other Aston Villa news, the Villains have terminated the loan contract for this goalkeeper.
We’ve launched a << BREAKING NEWS FEED>> exclusively for your club. ‘Like Us’ on Facebook by clicking here if you want 24/7 updates on all Aston Villa breaking news.