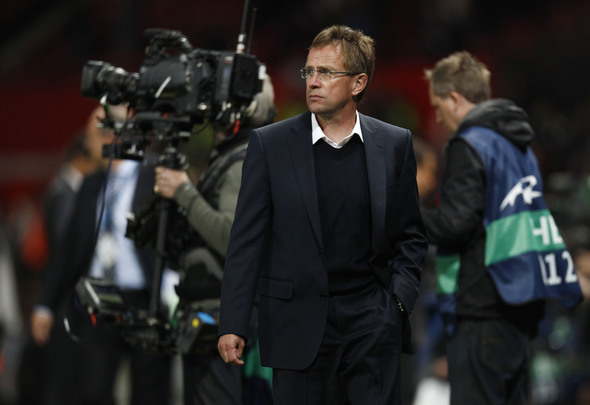 RB Leipzig sporting director Ralf Ragnick has suddenly emerged as the new third favourite to fill the vacant manager’s job at Everton, according to the latest bookmakers’ odds.

SkyBet have Rangnick, 59, priced at 6/1 to succeed Ronald Koeman in the hotseat at Goodison Park, despite him never been really seen to be in the running throughout most of the four-week-long search to replace the Dutchman.

On Tuesday, Rangnick wasn’t even in the top 20 names to become the next Everton manager until it developed on Wednesday that the German had suddenly arrived in the frame.

Rangnick has a stunning CV attached to his name and is very highly rated in Germany.

He is currently playing a large part in the rise of RB Leipzing from wallowing in the lower reaches of the league pyramid all the way to being in the Champions League, guiding them to two promotions in three years to get there.

The 59-year-old also overseen Hoffenheim’s rise to the Bundesliga between 2006 and 2011 as manager – winning three promotions in three seasons – before moving to Leipzig where he has been both manager and sporting director.

Leipzig are currently third in their Champions League group after stunning Monaco 4-1 away in the principality on Tuesday night and can still qualify for the last-16 of the competition.

In other Everton news, this Toffees attacker has confirmed a major injury boost ahead of Thursday’s clash against Atalanta.