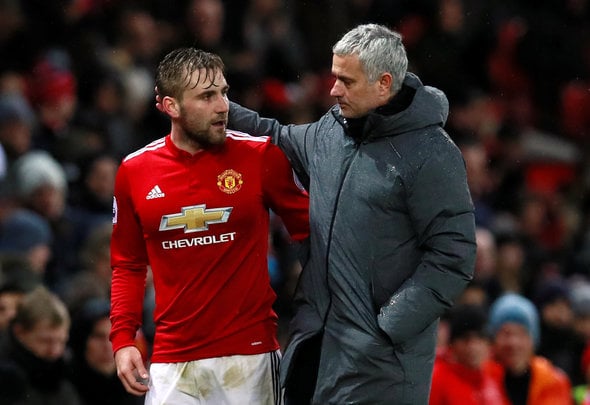 Tottenham have been installed as favourites to sign Manchester United’s Luke Shaw in January, according to a leading bookie.

SkyBet price Spurs as the 5/4 favourites to complete a deal for the defender in January, with Newcastle United second in the betting priced at 7/1.

Loan deals are included in the odds that were available on the SkyBet website. Tottenham are expected to be in the market for a new left-back as rumours persist over Danny Rose’s future at the club, though a recent report claimed Daniel Levy had been difficult when negotiating a deal for Rose with Manchester United.

However, Rose still has plenty of admirers with Everton and Chelsea also linked with a move for the defender.

Shaw is reportedly available to buy for £20million if Tottenham decide to make a move for him, with Newcastle named as an interested party along with a “host” of other sides.

Shaw has only made four appearances for Manchester United this season across all competitions, with only one of them coming in the Premier League.

The defender has been at Man United since making the move from Southampton in 2014.

In other Tottenham news, Spurs fans were unimpressed by the club’s update on Twitter on Tuesday