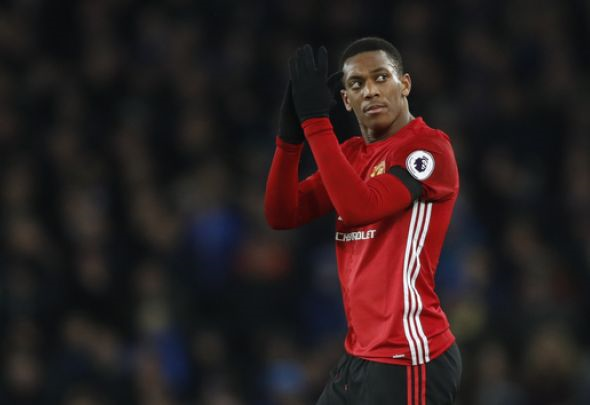 Tottenham are the current favourites to sign Manchester United forward Anthony Martial this summer, according to the latest bookmakers’ odds.

Sky Bet have priced the north London club at just 6/1 to bring in the 21-year-old before the September transfer deadline. The odds follow a claim made by RMC Sport correspondent Mohamed Bouhafsi that Tottenham have seen a bid rejected for the young Manchester United forward.

Spurs are yet to have brought a player in during this summer’s transfer window despite finishing in second place in the last campaign.

However, they could be saving a move for someone like Martial, who cost United a huge initial £36million two summers a go, which could potentially rise to £58million.

Since the 15-time capped France international’s move he has managed a return of 26 goals in 92 appearances in total and he even bagged in Jose Mourinho’s side’s 4-0 demolition of West Ham on Sunday.

Tottenham, meanwhile are short in the attacking areas with last summer signings Georges-Kevin N’Koudou, Vincent Janssen and Moussa Sissoko so far failing to impress and Martial’s age and experience could be viewed as the perfect signing by Mauricio Pochettino.

In other Tottenham transfer news, this 21-year-old has suffered a knee injury amid talks between Spurs and a European giant.