Marcelo Bielsa was blown away by the performance of Leeds United target Andy Rinomhota during their Championship win against Reading, Football Insider can reveal.

The United manager told staff how impressed he was by the performance of the 22-year-old central midfielder.

A Leeds source has told Football Insider that the club have intensified their scrutiny on Rinomhota following Bielsa’s personal thumbs-up. 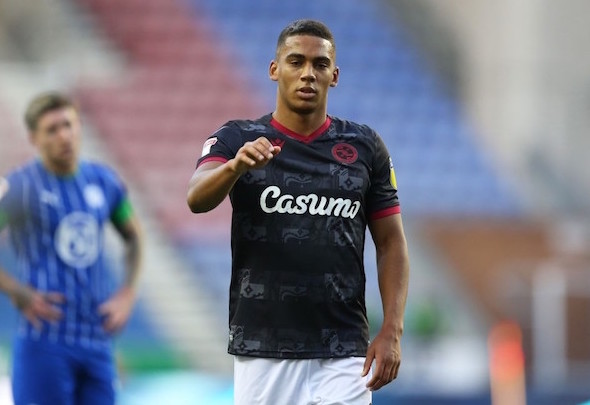 This comes after Football Insider revealed earlier this week that United are keeping close tabs on Rinomhota as they consider him for both January and next summer’s transfer windows.

The Royals ace played against Leeds during their 1-0 win at the Madejski Stadium at the end of last month.

It was among a series of impressive showings from Reading’s player of the year for last season.

United are assessing defensive midfield targets to provide cover for Kalvin Phillips, widely regarded as the best in his position in the Championship.

There is no real alternative to Phillips at Elland Road and Bielsa turned to the emergency option of centre-back Ben White to replace him when he was suspended for last Saturday’s 2-0 win at Huddersfield.

The Yorkshire giants are well aware that they face the prospect of losing Phillips if they fail to win promotion this season.

He signed a new five-year contract in September but it includes a release clause that can be activated for a £20million-plus fee.

Leeds-born Rinomhota joined Reading in 2015 and worked his way up the club’s ranks before establishing himself in their first team.

He has started 14 league matches across 20 appearances in all competitions for the Royals this season.

He signed a contract in February of this year that runs until the summer of 2022.