Kevin Phillips has heaped praise on Leeds United striker Ryan Edmondson after he made his debut for his new loan club Northampton Town.

The 2000 European Golden Shoe winner, speaking exclusively to Football Insider, said that the 19-year-old could be a “big asset” for Marcelo Bielsa’s side next season.

Edmondson started Northampton’s 2-1 loss at Lincoln City on Saturday a week on from his arrival on a six-month loan deal. 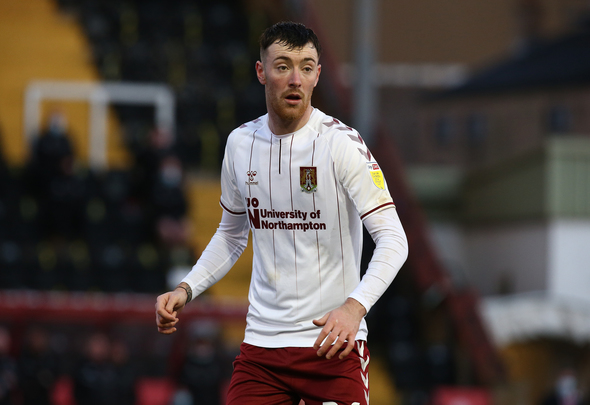 The teenage striker spent the first half of the season at Aberdeen and his 14 appearances in the Scottish Premiership yielded two goals and two assists.

Leeds recalled Edmondson earlier this month and opted to send him out on loan to League One strugglers Northampton in the hope he would get regular starts.

When asked by Football Insider for his thoughts on the forward’s development, Phillips said:

“It has been a tough six months with all the moving around but this will be really good for his development. Living up in Scotland and now down in Northampton, he is getting valuable experience both on and off the field.

“He is not going to break into this Leeds side, so I think it is great for the lad.

“He will come back to Leeds in the summer, hopefully with a good year of football under his belt and come next next season he could be a regular feature of the first team. He could be a big asset for Leeds.”

In other news, Leeds United have been told to ‘pull the trigger’ on an exciting talent in a potential £10million deal.