Noel Whelan claims that Leeds United have been dealt a “big blow” after promising striker Sam Greenwood was ruled out through injury.

Speaking exclusively to Football Insider assistant editor Russell Edge, the former Leeds forward admits he is gutted the youngster has had his momentum “stopped in its tracks”.

Leeds confirmed earlier this week that the 18-year-old would be out of action for up to a month after he picked up an ankle injury on international duty.

The summer signing from Arsenal has been in fine form for the Whites’ under-23s with five goals in four appearances so far.

Whelan insists that the teenager will be putting the senior forwards under pressure with his performances at youth level and that losing him to injury is a bitter pill to swallow.

Whelan told Football Insider: “For any young player who’s come to a new club, that is the biggest worry that you have in your mind is stopping that momentum, getting injured and being out for two, three weeks.

“The keyword that was in my mind was momentum and he had that going into these games. You lose that little bit of sharpness, you lose that bit of consistency in your performances that you’ve been getting.

“He’s going to have to be mentally strong now. I’m sure there’s going to be a good body of people around him that will keep him positive. 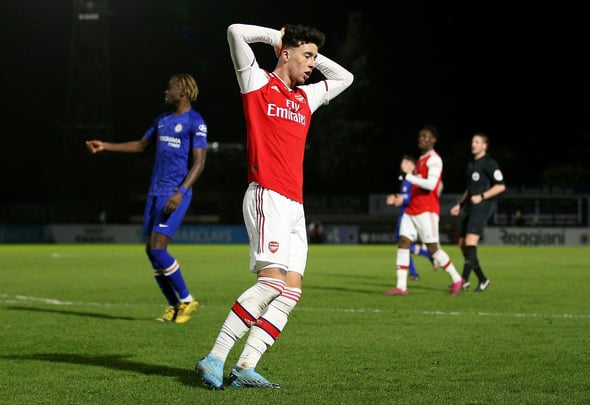 “It’s one of those that the under-23s, the people you buy and bring in, they’re the ones pushing to put the first-teamers out of their position. On two fronts it’s a big blow for Leeds.

“It is a big blow for the under-23s and for Joe Gelhardt as well. They had a great partnership going together there and it’s just stopped in its tracks.”

In other Leeds United news, Whelan has tipped Bielsa to bench a big-name star against Wolves.