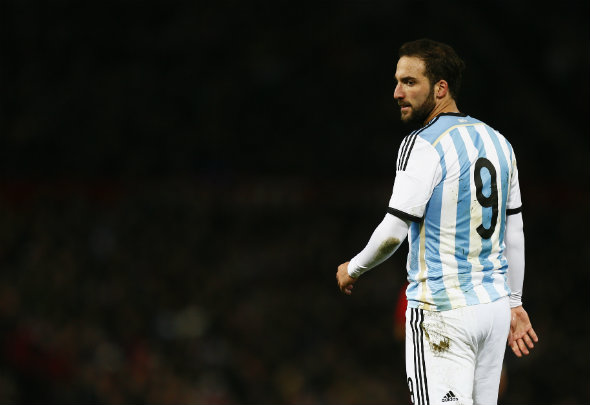 Juventus want to sign Napoli and Argentina striker Gonzalo Higuain and are prepared to sell four of their players in order to meet his £78million asking price, according to a report.

Rugani, Zaza and Pereya have all been linked with Premier League moves this summer to Everton, West Ham and Tottenham respectively and the potential sale of Higuain could be a huge boost to the trio in obtaining their targets.

Rugani was linked with the Goodison Park outfit in a £30million deal.

However, the Turin-based club were quick to act on the potential deal and told the English side that Rugani would not leave before an official bid was even placed for their man, but now it seems as though the Italian giants have made a U-turn and Koeman could secure his target.

Meanwhile, Zaza was linked to West Ham in a £27million move.

However, Wolfsburg looked to hijack the deal and offered £30million for the Italy international, which saw the Bundesliga club have their bid accepted while the Hammers had their bid rejected.

Although a further twist in this transfer saga was that the striker was not keen on a move to Germany and it is believed that if the Hammers match the Bundesliga club’s offer then the Olympic Stadium side will secure the signing of the Euro 2016 star.

Finally, Tottenham target Roberto Pereya had a £16million price tag placed on him by Juventus in June.

It is thought that Mauricio Pochettino was interested in the attack minded player to lighten the load on Golden Boot winner Harry Kane who scored 25 goals in the Premier League last season.

However, in the latest developments it is claimed that Pereya is on the verge of a move to Napoli, so Spurs will have to act swiftly to hijack the deal if they are still interested in the player.

It is understood that it won’t be simple for the three clubs if they are to secure the signings of these three targets, but the latest report has provided a huge boost to the club’s managers.

In other Tottenham transfer news, Spurs are in advanced talks with Ligue 1 side Marseille over a loan deal for striker Clinton N’Jie.

‘There’s no one about like him’ – Exclusive: Darren Bent in awe of West Ham player