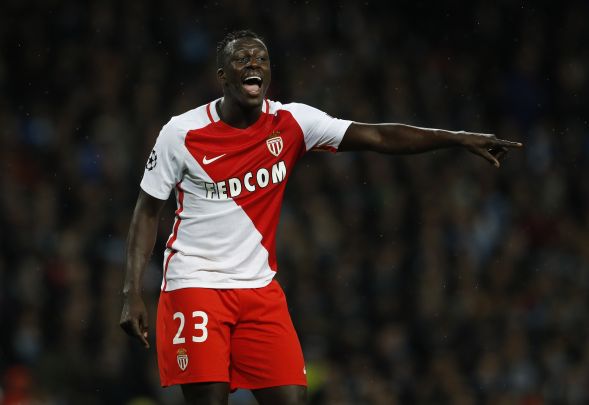 Liverpool fans have urged their club on Twitter to solve their left-back woes by signing Monaco’s Benjamin Mendy in the summer.

Mendy, 22, starred for Ligue 1 giants Monaco on Wednesday night, as they knocked Pep Guardiola’s Manchester City out of the Champions League on away goals.

The left-back was in fine form, providing a sublime assist for Monaco’s second as his low cross was converted by midfielder Fabinho during the first half.

That cross took Mendy’s assist tally to nine for the season despite playing on the left side of defence, with seven of those assists coming after the turn of the year.

His form has even reportedly interested Premier League rivals Chelsea, with the Metro claiming the Blues were keeping a close eye on Mendy as well as Bernardo Silva and Tiemoue Bakayoko.

However, Liverpool fans are desperate to see their side “break the bank” to sign Mendy, as they continue to play James Milner away from his natural position of midfield on the left side of defence.

Benjamin Mendy, what a player! Club should break the bank for this actual left back with actual end product #LFC

Mendy is excellent!!!! Would love him at Liverpool!!! #UCL #LFC #monacovcity

It remains to be seen if any Premier League clubs could tempt Jardim into allowing Monaco’s number 23 to leave, with his contract keeping him at Stade-Louis II until the summer of 2021.

In other Liverpool transfer news, Jurgen Klopp is set to rival Chelsea for this Serie A sensation.