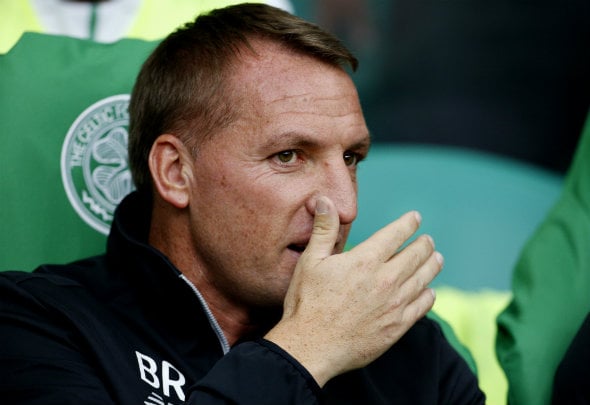 Brendan Rodgers has admitted that he is not bothered about improving his CV while at Celtic.

The Parkhead boss’ comments come after former player Craig Bellamy insisted that no one in England will care about his achievements in Glasgow due to the weakness of the Scottish Premiership in comparison to the Premier League.

However Rodgers is adamant that he is only manager of Celtic because he is enjoying his spell north of the border and is not concerning himself with the thoughts of those outside the club.

“I’m here because of Celtic. I love my life here in Glasgow. I’m not really overly bothered about what it does for my CV,” he said in his pre-match press conference ahead of Saturday’s Old Firm clash with Rangers, as quoted by the BBC Sport Scotland official Twitter account.

BR: I'm here because of Celtic. I love my life here in Glasgow. Im not really overly bothered about what it does for my CV.

Celtic are gearing up for their first meeting of the season with Rangers on Saturday and will go into it off the back of two impressive 4-0 wins over Ross County and Dundee.

However Bellamy’s claims appear to come up due to the strength of opposition that Rodgers is facing in Scotland while at the Parkhead helm, especially due to the relative ease that the Hoops experienced when winning the domestic treble last term without suffering a single defeat.

Pedro Caixinha’s Rangers will probably provide Celtic with their biggest test of the year this weekend though, and it’s likely that people south of the border will in fact be paying attention.

In other Celtic news, the Hoops have received some strange tactical advice from Caixinha.