Paul Robinson showered Everton defender Mason Holgate with praise and dubbed him one of the Toffees’ players of the season so far.

Speaking exclusively to Football Insider correspondent Laura O’Leary, the former England No.1 shared he thought Holgate had been brilliant this season as he’s been consistent.

The 23-year-old has played 22 times this season across all competitions and started the Toffees’ 2-2 draw with Newcastle United on Tuesday. Robinson was reluctant to suggest that Carlo Ancelotti’s arrival at Goodison Park had made an impact on Holgate as he believes the defender was one of the few players doing well before the manager took over.

“He’s enjoyed his move to centre-half and he’s held his place down in the team.

“He’s improved throughout, he’s defended really well even when Everton were struggling at the start of the season, and I think at that time, he was one of the few who could walk off with his head held high, along with Tom Davies.

“I don’t think Ancelotti has had an impact on form, well not a huge impact as he was doing well before him.

“He’s a player whose probably developed a bit late, but credit to him, he’s worked hard, kept his place in the team and he’s been one of Everton’s best players this year.” 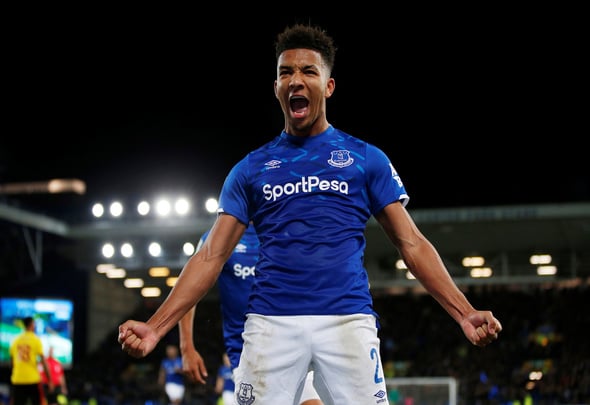 Holgate spent part of his 2018/19 campaign on loan at Championship outfit West Bromwich Albion and managed 23 appearances for them.

The former England Under-21 international joined the Toffees from Barnsley in 2015 and is contracted to stay at Goodison Park until 2022.

In other Everton news, Danny Mills encourages the Toffees to sign ex-Liverpool star whose quality can’t be doubted.

Exclusive: Mills rips into Tottenham 26y/o who has left him baffled – ‘Really poor’