Michael Brown has heralded Jamie Shackleton as a “breath of fresh air” at Leeds United after his substitute appearance against Aston Villa.

The 21-year-old came off the bench after just 21 minutes and helped the Whites to a 3-0 win in what was only his second Premier League appearance.

The homegrown youngster has been a regular among Leeds’ matchday squads but has made just one start in his three appearances across all competitions this term.

Brown has suggested that Shackleton would have been shocked to get so much game time against a high-flying Villa side but that he did himself proud with his performance.

Brown told Football Insider: “He’s like a breath of fresh air, isn’t it? Literally, he would have thought: ‘I can’t believe I’ve got the chance, I can’t believe I’m anywhere near it and to get on…’

“It was a bold decision from Marcelo Bielsa to take Struijk off, but it couldn’t have gone better for him. He was up and down, here, there and everywhere and even at the end, he wanted to get the ball.

“He just couldn’t believe how much he was enjoying it.” 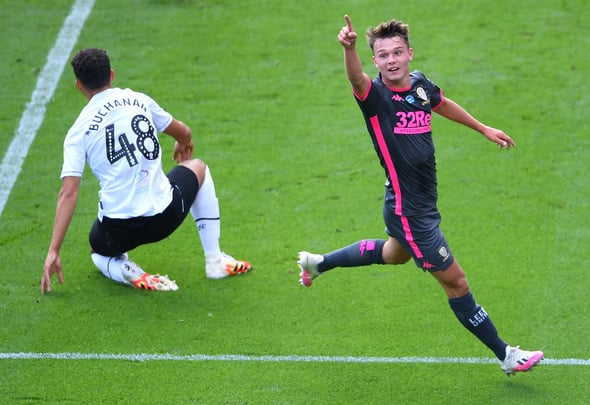 Shackleton has played 51 times for Leeds’ senior side since breaking through the youth ranks, although most of his appearances have come as a substitute.

He scored his first two goals for the club against Derby County and Charlton Athletic in the final two games of last season.

In other Leeds United news, ‘Wow, unbelievable’ – Alan Hutton stunned with what he saw against Aston Villa.