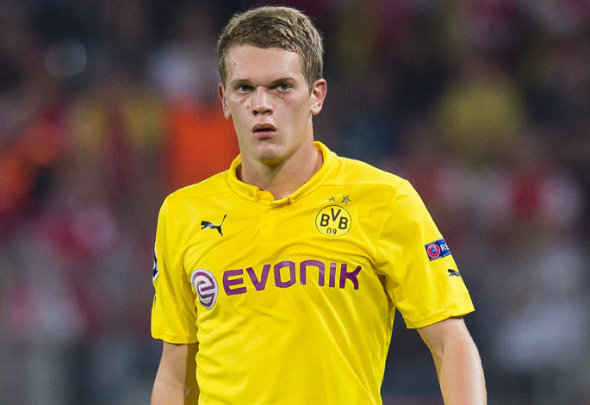 Germany international Matthias Ginter is the most likely player to join Liverpool in the summer transfer window, according to a report.

It is said that Liverpool manager Jurgen Klopp is set to sanction a summer swoop for the versatile Ginter, who is predominantly a centre-back but can also play at right-back and defensive midfield.

Football Whispers report that Klopp is keen to get a deal in place before the window opens as Liverpool aim to strengthen a squad that has fallen short in the title race this season.

Ginter is contracted to Dortmund until the summer of 2019 and it is said that he is valued at around £13million.

Football Whispers, which gathers all transfer rumours across the globe and calculates the likelihood of them happening, rates it 3.6 out of 5 that Ginter will join Liverpool, with five the highest possible ranking and meaning it is a certainty.

The German is ahead in the ratings of spearhead Werner and Burnley centre-back Michael Keane, who has also been linked with the Merseysiders in recent days.

Ginter, who has been capped nine times by Germany, has made 30 appearances for Dortmund this season and been a mainstay of the third-placed Bundesliga team.

In other Liverpool transfer news, Chelsea have forced the Merseysiders to make a move for a 32-goal striker who is ripping up the top flight.