Noel Whelan insisted that Celtic would need a player of Daniel Podence’s quality if Odsonne Edouard was to leave this summer.

The former Leeds United and Aberdeen striker, speaking exclusively to Football Insider correspondent Dylan Childs, was adamant that Neil Lennon would have a list of attacking options were they to lose the 22-year-old striker.

The Mirror claim that the Hoops are one of a host of clubs keen to take Wolves winger Podence on loan next season.

The winger has struggled to establish himself at Molineux since his £17.5million move from Olympiakos in January due to the form of Diogo Jota, Raul Jimenez, Adama Traore and Neto.

However, when he has featured he has caught the eye and the includes his full Premier League debut against Everton yesterday.

When asked by Football Insider if the Portuguese attacker could be a smart signing by Lennon, Whelan said:

“Celtic are in the business where there is going to be speculation about Edouard and we have already seen it. That is only going to become greater when the English season has finished.He will be a name on everyones lips because of how well he has done at Celtic.

“They need to look at other attacking options in case he does go. The groundwork starts now and that is what good clubs do. 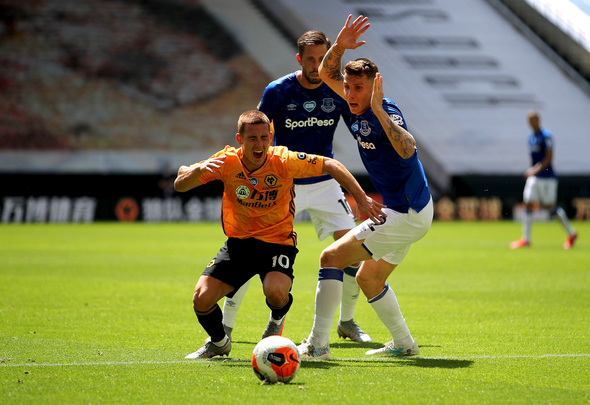 “They will have targets in mind and they are trying to get ahead of the game. That is good work by the football club.

“They would need the quality of someone like a Podence if Edouard was to leave, I’m not saying he is going to… but if he was.”

In other Celtic news, Kevin Phillips has told Football Insider he has heard Premier League champion could be on his way to Parkhead.