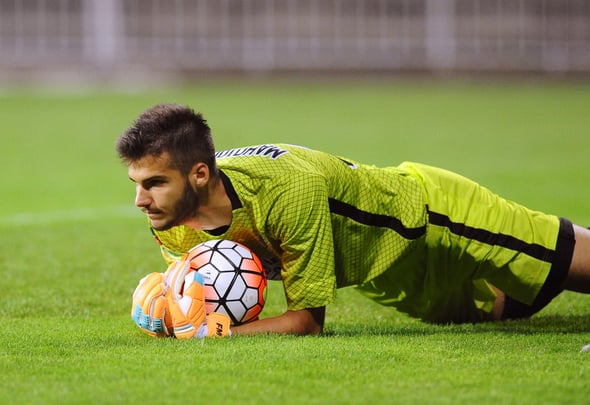 Celtic’s chief talent spotter David Moss has been sent out to Serbia to watch young goalkeeper Filip Manojlovic, according to a report.

Serbian news outlet Mozzart Sport has claimed that the Hoops chief has been keeping his eye on the 21-year-old shot-stopper, currently playing for Red Star Belgrade.

It is detailed that it is yet to be seen whether the Glasgow giants will make a concrete move for the player, but Moss is described as a “regular visitor.”

The young star is currently the first choice for the the Serbian top-flight side, playing 31 times in all competitions this season, conceding 30 goals and keeping 11 clean sheets.

It is likely that if he was to join Brendan Rodgers’ team that he would be the backup to the experienced Craig Gordon between the net.

The 34-year-old has reaffirmed his future lies with the Glasgow giants after reported Chelsea interest in the January transfer window and he has been a consistent star for Rodgers’ domestically unbeaten team this season.

However, his final years are also approaching and the Northern Irishman will be looking towards the future when looking for the former Scotland international’s replacement.

Manojlovic does still have three years remaining on his contract at the Belgrade club, but a move to a European heavyweight like Celtic may tempt him to leave his homecountry.

Manojlovic isn’t a household name, but to have already been capped by his country while also becoming the first choice in the goalkeeper position shows that that there must be something about him. Now, at his age it is likely that he will need some coaching work to properly hone his skills in order for him to become a first choice in Scotland and a European competition. Additionally, it is clear that Celtic are properly doing their homework on the goalkeeper, meaning if he does sign he must have impressed and if Stevie Woods is able to work his magic on Manojlovic the Hoops could secure a star.

In other Celtic transfer news, the Hoops are eyeing this striker with a low release clause.