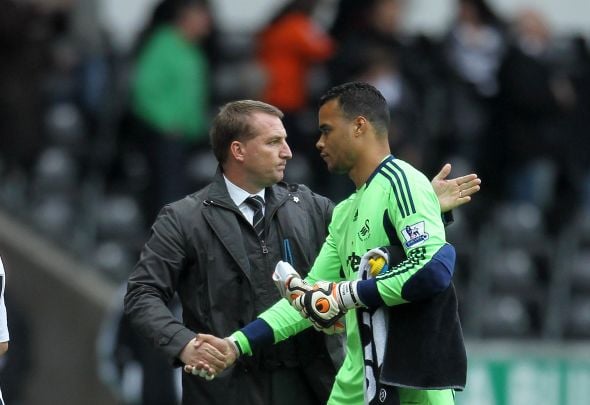 Celtic are reportedly keen on signing Tottenham goalkeeper Michel Vorm – and their fans have backed the club to push ahead with a move.

The Daily Record claim that Celtic boss Brendan Rodgers wants to sign the 32-year-old Holland international, who he knows well from their time together at Swansea.

This comes after Spanish outlet Sport reported that Spurs had had a bid rejected for Espanyol’s Pau Lopez, but are expected to make a second offer for the La Liga stopper.

The former Utrecht stopper is one of seven senior men that Spurs boss Mauricio Pochettino has told they can leave White Hart Lane.

Two have already left, in Federico Fazio and Alex Pritchard who have joined Roma and Norwich respectively.

Celtic’s Twitter following are delighted that Rodgers has been linked with such a high profile player, but some remain doubtful that the Hoops have the pulling power.

I think we need to seriously consider signing Vorm. I think Gordon needs kick up the arse to get him back on form and if not bench #Celtic

I believe all Spurs fans say Vorm is awful, no sure why we're going in for him #Celtic

Delighted with Celtic's signings. Hopefully get Michel Vorm and a new centre mid

Hope the rumours of Michel Vorm going to Celtic are true, lethal keeper 🍀

The 15-time Holland international has made just 21 appearances in two seasons for Spurs, with just five appearances coming in the Premier League, as he struggles to find a way past skipper Hugo Lloris.

Celtic currently have Craig Gordon as their number one, but would be expected to become Vorm’s back-up should the Spurs keeper move north.

In other Celtic transfer news, this Southampton star has rubbished a move to Celtic via his Twitter account.