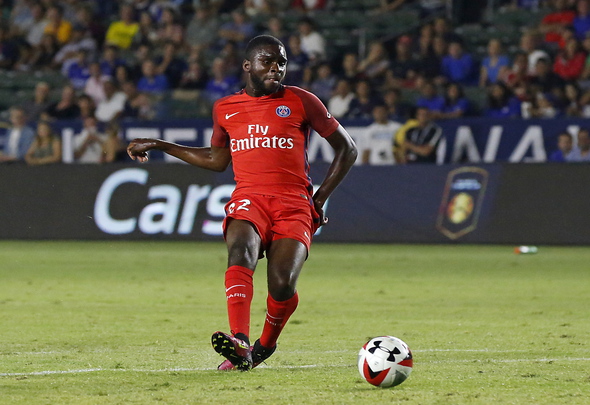 Celtic confirmed a last-gasp swoop for Paris St. Germain striker Odsonne Edouard on Thursday – and fans on Twitter offered a very mixed reaction to the deal.

The Hoops announced on their official Twitter account and official website in the eleventh hour of the summer transfer window that Edouard, 19, had agreed terms to join the Scottish champions on a season-long loan deal.

Celtic have the option to make his temporary stay in Scotland into a permanent one at the end of his deal, with his last-minute swoop seemingly concluding Brendan Rodgers’ transfer business for the summer.

Edouard is yet to earn a first-team appearance at PSG but is likely to play an important role at Parkhead this season with Leigh Griffths and Moussa Dembele struggling with different fitness issues in recent months.

The French Under-19 international spent last term on loan at Toulouse, scoring just one goal in 17 appearances across all competitions although the bulk of his game time came from the bench.

His record from last term hasn’t phased some of the Celtic supporters though, although most of them are under the impression that the club didn’t do enough to seal the signing of a centre-back on deadline day.

One fan even blasted the Hoops to “get a grip”.

Does he play cb??

Get a centre half announced too. Raise prices but not significant signings . PSG with Bitton at the back? Get a grip.

Great signing. He could be brilliant for us. I'm very excited by this! 🍀

In other Celtic news, after the Hoops missed out on him, a continental giant has moved to land this fully fledged international who was admired by Rodgers.