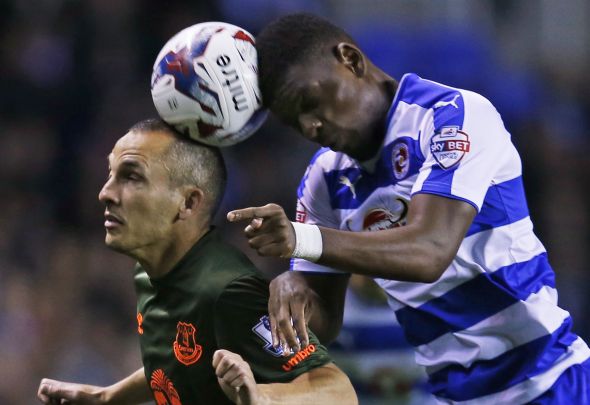 Celtic and Aston Villa are interested in signing Reading midfielder Aaron Tshibola, according to a report.

The 21-year-old impressed for the Championship club this season before seeing his campaign cut short by injury in February.

Football website HITC claim that according to sources close to the Reading, Tshibola is a target for a number of clubs this summer.

He played 12 times in the league this season before his injury and is now back to full fitness and available for pre-season training after undergoing surgery on a hamstring problem.

The former England Under-18 joined Reading as a junior and progressed through their academy, signing his second contract with Reading last September and that has three years left to run.

The two clubs chasing him are both in a similar position of looking to strengthen their squads under new management.

Villa boss Roberto Di Matteo said on Thursday he wants to build a tight knit team as he refurbishes the squad following relegation.

Celtics new manager Brendan Rodgers is preparing to try and take the club to a sixth consecutive Scottish Premiership title, and is looking to build a squad to take on the recently promoted Rangers.

Rangers have been away from the top-tier for four years since going into liquidation and after reaching the Scottish Cup final this season, they are expected to mount a serious bid for the title.

In other Aston Villa news, Leeds have attempted to hijack their move for a Premier League star.