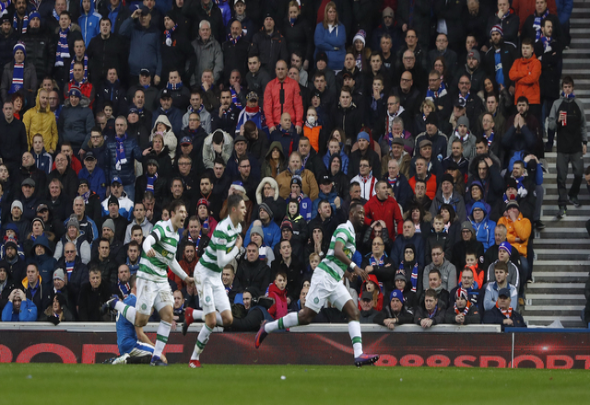 Celtic legend Pat Bonner has claimed Rangers’ opening goal in the Old Firm derby sparked a response from the Hoops.

The former Parkhead star believes Celtic started the game slowly and did not produce their best football until Rangers scored the opening goal.

Bonner stated Celtic came out “different” in the second half and their intensity improved greatly which was crucial to their victory.

“It took a goal to settle them down,” said Bonner in the Evening Times.

“That first half-hour, Rangers dominated most of the game and they made their chances and got their goal.

“It was a different Celtic in the second half. They came out, they almost upped the tempo right from the kick-off.”

Kenny Miller gave Rangers an early lead after just the 12th minute but Celtic came back from behind to score two goals and secure a famous victory at the Ibrox.

Moussa Dembele grabbed the equaliser in the 33rd minute before Scott Sinclair responded in the second-half to seal a victory in the 70th minute.

The victory means Celtic remain unbeaten in the Scottish Premiership so far this season and they now have a hugely commanding lead at the top of the table.

The Hoops are currently leading Rangers by 19 points in the table but they still have a game in hand and could extend their lead to 22 points.

Celtic’s next clash isn’t until the 22nd January when they take on Albion Rovers in the fourth Round of the Scottish Cup but they hope to extend their unbeaten domestic run of games.

In other Celtic news, these three signings could make a difference for the Hoops.