That is according to finance guru and new Football Insider columnist Kieran Maguire, speaking exclusively after Neil Lennon told Glasgow Live that the club is “putting things in place for the new guy coming in.”

McKay has been Chief Operating Officer at Scottish Rugby for 13 years and will replace Peter Lawwell at Parkhead in the summer. 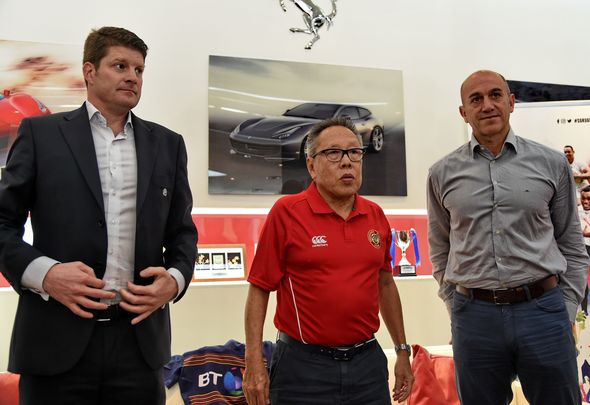 A boardroom overhaul has been expected since Lawwell, chief exec since 2003, announced he would retire at the season’s end having failed to secure 10-in-a-row.

Maguire claims McKay is an efficient operator but that Desmond — who has long pursued a self-sufficient model — needs to invest in the club or they face falling behind Rangers as Scotland’s most lucrative club.

He told Football Insider correspondent Adam Williams: “He’s a safe pair of hands. He comes from a sports administrative background.

“I think Peter Lawwell’s period in office at Celtic will be tarnished as a result of what’s happened over the last six to nine months.

“He did deliver trophies, he did delivered getting the Champions League group stages which is of course very lucrative. But I suspect a lot of that will be forgotten.

“I think the main thing is he will be seen as a change and that will be welcomed by a significant number of fans.

“But unless Celtic can get either Desmond to put more money in or they can find money from alternative sources, they are in danger of losing their top-dog status in terms of being the club that generates the most money in Scottish football.”

In Celtic’s own words, Lawwell presided over a “period of unprecedented success”, the club winning 29 trophies throughout his tenure.

The 61-year-old has seen his empire crumble this season, however, with Celtic trailing Rangers by 18 points in the league and out of the Europa League at the group stage.

In other news, a former Celtic man has said he is baffled by Lennon’s treatment of David Turnbull.