The Parkhead legend, speaking exclusively to Football Insider, claimed the 21-year-old “will not be happy” to be the player consistently substituted, especially when he is playing well.

Turnbull was take off in the second half for the seventh consecutive league game on Sunday, as the Hoops came from a goal down to beat St Johnstone 2-1 at McDiarmid Park.

The centre-midfielder has been one of Celtic’s standout performers this season, with his 26 appearances across all competitions yielding seven goals and six assists.

McAvennie has warned Neil Lennon that he is treading a fine line with his continued withdrawal of the playmaker.

“I just do not understand why he keeps taking Turnbull off,” he told Football Insider.

“No disrespect to Scott but why is he not coming off before Turnbull? He is lively. He wants to do things. Scott could have come off after 70 minutes.

“That is why I am not a manager though, because I do not get it.

“You cannot keep taking Turnbull off just to give others a game. Turnbull is not going to be happy. 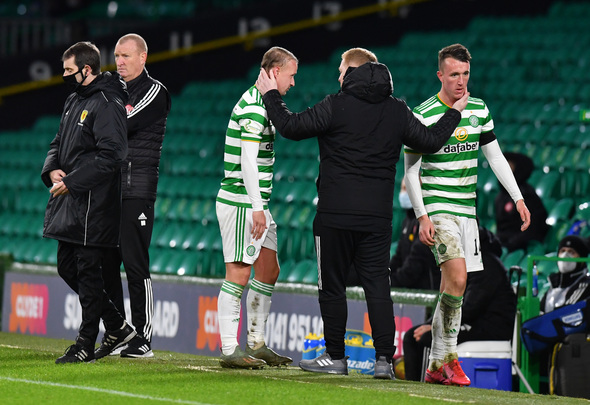 “He will take it right now but as a player, you do not like being taken off when you are playing well.

“Every week Lenny is taking him off and he will not be happy. I would not be happy if that was me.”

In other news, Frank McAvennie tips Celtic to bin Nir Bitton this summer after what he’s seen from David Turnbull.