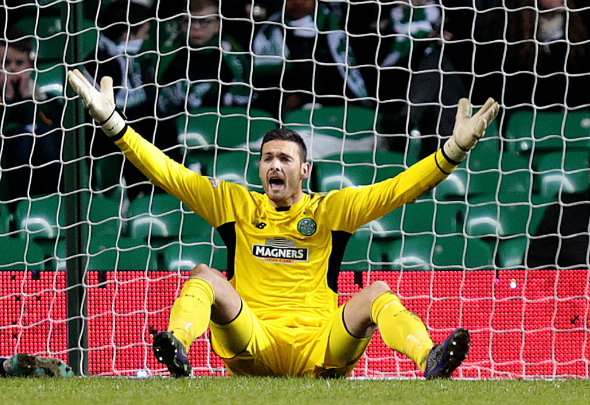 Celtic were 1-0 down to minnows Astana in the Champions League qualifier after just 19 minutes on Wednesday – and the Hoops faithful were pretty sure they knew who was to blame.

A decent corner was whipped into the box and with Celtic’s defenders adapting a pretty hopeless zonal marking system, Craig Gordon stepped out to try and avert the obvious danger.

However, Yuri Logvinenko nipped in front of the Celtic goalkeeper and powered a header into the unguarded net.

It was a disastrous start to the game for a weakened Celtic who were hoping their recent humiliating defeat to Lincoln Red Imps in their last qualifier was a mere blip.

Unsurprisingly, Celtic fans were extremely unhappy with the goal, with many pointing the finger at Gordon’s questionable goalkeeping.

Craig Gordon likes a flap doesn't he? I reckon there's a goal in there for us though, passing has been wild however

What awful goalkeeping by celtic keeper

I said it last season I will say it again

Craig gordon is a liability

Before the half’s end, Gordon was called into action three more times as Astana threatened to make it two against the Scottish Champions. Luckily for Celtic, Gordon was up to the task after his bumpy start.

Leigh Griffiths scored the equaliser to give Celtic a vital away goal, but we are pretty sure this Hoops fan jinxed their game.

Well, we didn't concede in the first five minutes, so that's a start #Celtic

And we are pretty sure this is an awesome tweet.

In other Celtic news, Neil Lennon is hoping to use his Hoops connections to prise away this promising youngster.