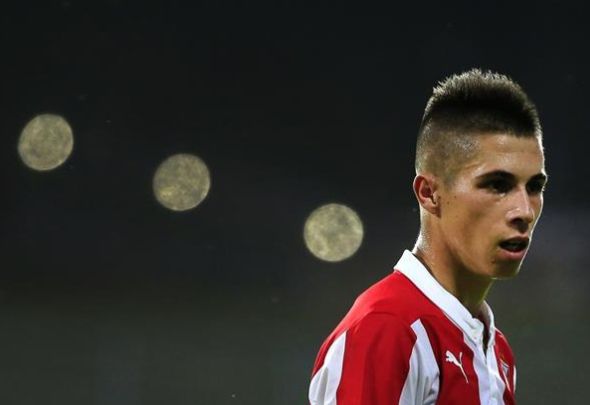 Celtic appear to have lost the race to sign Red Star Belgrade attacker Srdjan Plavsic, according to a report.

The Mail claim that the Bhoys have been keeping tabs on the 21-year-old and were lining up a move.

However, it is understood that the winger is now set for a medical with Czech side Sparta Prague on Monday and looks set to complete a £1.5million move.

The report details that Celtic manager Brendan Rodgers is hopeful of making a new signing ahead of their pre-season camp in Austria, which would follow the capture of Jonny Hayes from Aberdeen.

Plavsic is a highly rated talent and has been representing Serbia’s Under-21s side at the European Championships.

The wide man was in great form last season for Serbian club Red Star and made 39 appearances across all competitions.

He managed to chip in with eight goals and five assists during the campaign, which has seen his reputation rise.

Celtic need to try bring in additions with plenty of time to spare before their Champions League qualifying campaign starts on 11 July. The Bhoys should be able to navigate their way through to the group stages, but are likely to encounter some difficult away games along the way. Plavsic would have been a brilliant addition to the squad, but he now looks set to join Sparta Prague if he passes his medical. Celtic are looking to fill the void left by loanee Patrick Roberts following his return to Manchester City. Summer signing Hayes should go a long way to doing that, but they may need another new face in attack to keep competition for places tough.

In other Celtic transfer news, they are eyeing a 23-year-old defender from a Championship club.