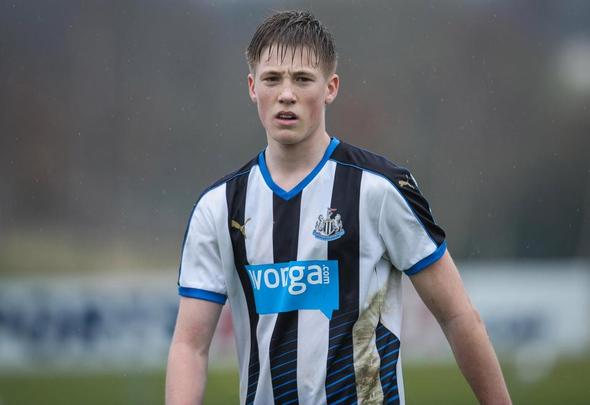 Celtic are in a fierce battle with Premier League outfit Everton for young Newcastle defender Lewis Gibson, according to a report.

The Liverpool Echo has claimed on Wednesday morning that the Toffees are leading the hunt for the 16-year-old centre-back, but are facing “serious competition” from Brendan Rodgers’ Hoops.

The report details that the teenager is highly sought after and Premier League quartet Manchester United, Manchester City, Arsenal and Southampton have also been tracking him.

It is stated that the Merseyside club are planning to inject a number of new players to their academy and director of football Steve Walsh is overseeing an aggressive recruitment drive of players aged between 16 and 18.

Now, Gibson has not yet appeared for the Newcastle senior team, but he has made the step up to the Under-23s at his young age.

He has also been capped 10 times at England Under-17 level and is considered an emerging prospect at the north east giants.

However, a move to a bigger club such as Everton, Celtic or one of the Manchester club’s could prove too tempting and he may bring a premature end to his contract with the Toon, which is expected to expire next summer.

Gibson is an up and coming star and highly thought of and if an opportunity for Celtic to make a move does become available then they should definitely take it up. The young teenager could also be picked up at a reduced fee this window with his contract situation and he could become a bargain if he goes on to become a frequent starter in the first team for years to come. Given the budget constraints in Scotland, Celtic are no longer able to purchase well known stars, but a move for emerging talents, like they did with Mousa Dembele last summer could be the way for the club to progress forward from now on.

In other Celtic transfer news, these European giants are eyeing a move for this Hoops sensation. 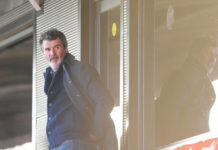 Sources: Keane back in the frame for Celtic job amid behind-the-scenes developments