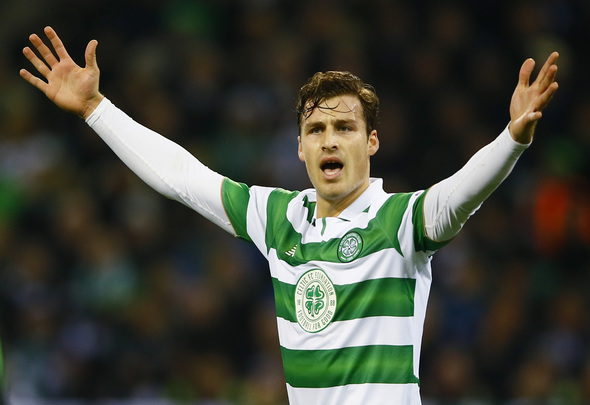 Besiktas have made a loan offer for Celtic centre-back Erik Sviatchenko this summer, according to a report.

The Daily Record claim on their website that the Danish international is viewed by the Turkish club as a potential partner for former Real Madrid defender Pepe, and they want to take the 25-year-old on a one-year loan with a view to a permanent deal next year.

However the Hoops are said to be reluctant to do a loan deal, as they look to recoup the reported £1.5million spent on the defender back in the winter transfer window of 2016, arriving at Parkhead from FC Midtjylland.

The defender’s agent, Allan Bak Jensen, says that a move this summer is a real possibility, with the player having been in and out of the first team at Celtic and having nearly departed in January.

He is quoted by the Daily Record as saying: “There might be something happening to Erik.

“He was close to being sold last winter and he probably has been inside and outside of the team at Celtic.

Sviatchenko made 43 appearances across all competitions last season, with 62 appearances to his name for the Hoops so far, while he has also earned five caps for Denmark.

If Brendan Rodgers does not believe that the Danish international has a future at Celtic Park, then holding out for a permanent transfer seems sensible. The money could be reinvested, and there is no risk of Besiktas going back on their deal, if such a clause was included. However, his experience could prove vital this summer, as he is just one of four fit centre-backs, with Kristoffer Ajer and Jamie McCart 20 and 19-years-old respectively. With Dedryck Boyata ruled out through a serious injury, it makes Sviatchenko the oldest and most experienced centre-back at the club, so it seems odd that Rodgers would let him depart. However, that seems to be the case, but the Northern Irish manager ought to have a suitable replacement lined up before letting the 25-year-old depart.

In other Celtic transfer news, this star is eyeing up a move to Germany or England.