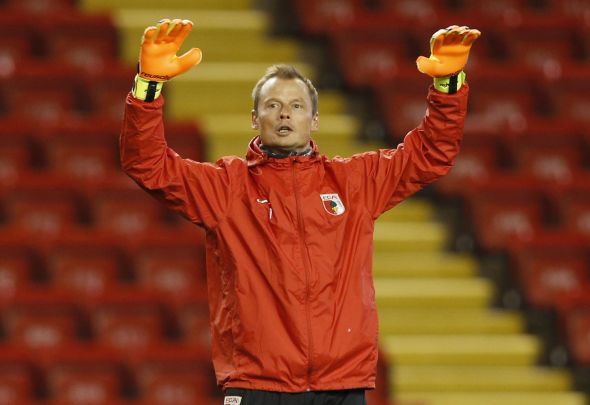 Former Arsenal goalkeeper Alex Manninger has started training with Liverpool as he aim to earn a contract at Anfield, according to a report.

Manninger has 11 Champions League appearances to his name, five with Juventus and six before that at Arsenal.

The Daily Express report that Manninger is joining in with pre-season training at Melwood after leaving German side Augsburg following just two appearances for the club last season.

But the 39-year-old could now be set for a move to Anfield as back-up goalkeeper.

It is said Liverpool boss Jurgen Klopp is considering bringing in Manninger as his third-choice keeper behind Simon Mignolet and summer signing Loris Karius.

Football Insider reported on Monday morning that 23-year-old keeper Danny Ward has agreed to join Huddersfield on a one-year loan.

That deal came after the Wales Euro 2016 star secured a new five-year deal contract and Ryan Fulton left to join Chesterfield on loan.

Adam Bogdan is also set to join Wigan after an unimpressive first season at the club, despite the deal taking some time to complete due to the 28-year-old’s wage demands.

In other Liverpool transfer news, Champions League winners have joined a three horse race for the Merseyside club’s priority signing.