Chelsea boss Antonio Conte may have to do without key duo David Luiz and N’Golo Kante for their home clash with Middlesbrough.

The Italian manager revealed to the club’s official website that the pair were struggling with injuries picked up in their 3-0 win over Everton.

Both men have played a key role in the Blues’ title fight and the duo were two of four Chelsea players named in the PFA team of the year.

Meanwhile midfielder Kante won the PFA player of the year award in his first season at Stamford Bridge.

However, Conte is unlikely to risk Kante and Luiz in this pivotal stage of the season, with Nathan Ake and Cesc Fabregas expected to come into the starting XI.

Fabregas is Chelsea’s top assist maker this season with nine, but it will be down to his likely midfield partner Nemanja Matic to perform the defensive duty of Kante which will be sorely missed by this Chelsea side.

Ake meanwhile replaced Luiz in Sunday’s victory after the Brazilian appeared to pick up a muscle injury, and he is the most likely to start Monday’s crucial fixture.

Having spent much of the season on loan at Bournemouth, Antonio Conte decided to recall the young English centre-back, and it looks as though he will now have the chance to impress his manager.

Staring alongside him should be Cesar Azpilicueta and Gary Cahill, the English defender having scored in their win at Goodison Park.

On the flanks, Victor Moses and Marcus Alonso should continue in their roles as wing-backs where both have flourished this season.

Up front Diego Costa is expected to continue to lead the line, despite having only scored two goals in his last seven league appearances.

He should be flanked by Pedro, who scored a sweet strike to open the scoring against Everton, and Eden Hazard, with the Belgian midfielder on a fine run of form with four goals in his last six matches in all competitions.

Chelsea could take a step closer to Premier League glory with victory over the North East side, although defeat could leave them just a point ahead of title rivals Spurs if they were to overcome West Ham on Friday.

In other Chelsea news, Paul Merson has had his say on Monday’s pivotal clash. 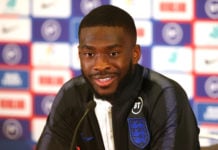