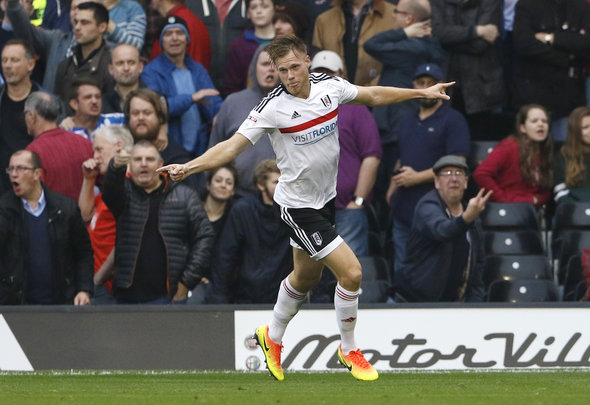 Chelsea have confirmed the loan departure of centre-back Tomas Kalas to fellow London side Fulham after he committed his long term future to the club.

The Blues announced the 24-year-old Czech Republic international’s new four-year contract and subsequent year-long return to Craven Cottage via both their official Twitter page and the club website:

Meanwhile, Tomas Kalas has signed a new contract with the club and will spend next season on loan at Fulham…👇https://t.co/4vVtfbFL4C

Kalas spent last season on loan to Fulham, playing 36 times in the Championship as he helped the club reach the Championship play-off semi-finals, and will reunite with his former manager Slavisa Jokanovic and his team mates as he looks to impress once again.

He will be joined by fellow blue Lucas Piazon, who is also returning to Chelsea’s fellow London club for a second stint on loan.

Kalas has four outings under his belt for the senior side at Stamford Bridge, and a host more appearances on the substitutes bench since arriving as a youngster from Sigmo Olomouc back in 2010.

He also has seven appearances for the Czech national side, having made his debut back in 2012.

Kalas must be eyed as one of the hottest prospects at Chelsea considering his new four-year long deal, which may be viewed from the outside as odd considering he is already 24-years-old. However, looking at Chelsea’s current options at centre-back indicates that the Czech international will not get a look in for a fair few years. Gary Cahill, David Luiz and reformed right-back Cesar Azpilicueta all have a while left, and with fellow youngster Kurt Zouma sitting on the bench, Kalas will have to bide his time. Loaning him out means that he gets more first team experience in a tough league like the Championship, while he will never be too far away for the management team at Chelsea to keep an eye on his progress.

In other Chelsea transfer news, a medical has been agreed as this defender looks to complete his transfer.