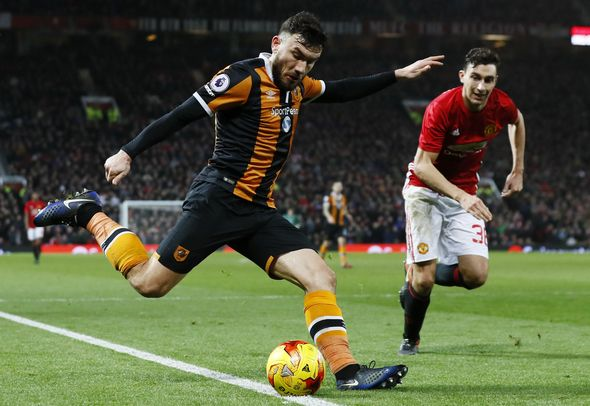 Chris Sutton believes that West Ham have purchased a “terrific” player in Robert Snodgrass and stated that Hull are “bonkers” for letting him go.

The club confirmed on their official Twitter account on Friday that the 29-year-old had made a £10.2million switch from the Tigers to the Hammers signing a three-and-a-half-year deal.

The Scotland international had six months remaining on his previous contract before he decided to make a switch to the London Stadium.

.@RobSnodgrass7 joins the Hammers from @HullCity on a 3 and half-year contract for a fee of £10.2m – with @TransferMate #SnodgrassSigns pic.twitter.com/BbYXhQODvw

His move could help tenth-placed West Ham climb up the Premier League table after a poor start to the campaign.

Former Celtic striker Sutton had this to say about Snodgrass and his previous club as posted on his personal Twitter account.

Bang on! Hull are bonkers and West Ham have a terrific player👊 https://t.co/qjcKX48xPJ

Snodgrass has been in magnificent form this season, despite Hull struggling for form and consistency for the majority of the campaign.

He scored seven goals and provided three assists for a Hull team that has only scored 20 goals in 22 league games this season as they currently sit in the relegation zone.

The free-kick specialist now joins a side that has won their last two league games, beating Middlesbrough and Crystal Palace.

Slaven Bilic’s men will now welcome title chasers Manchester City to the London Stadium at the start of next month before they take on Southampton three days later.

Snodgrass will make a return to Hull with his new club on April 1.

In other West Ham transfer news, the club are in a four-way battle for this Premier League defender as they are ready to offer £9million to seal the deal.