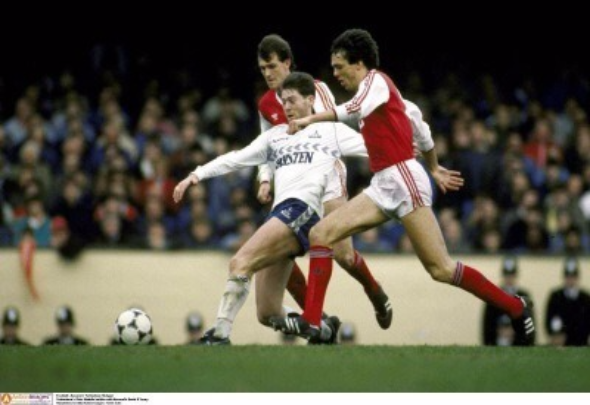 Mauricio Pochettino saw his side suffer a huge blow in their bid to claw league leaders Chelsea back on Friday night, as Spurs suffered a 1-0 loss at the London Stadium against West Ham.

Posting on his personal Twitter account after the match, former Spurs stars Waddle claimed his old side need a “tricky player” and Mahrez would fit that category.

Mahrez, 26, won the Premier League’s PFA player of the year award for his stunning form that inspired Leicester to clinch the league title ahead of Tottenham in 2015-16.

Last season, the Algeria international found the back of the net 18 times as well as laying on a further 10 assists for the Foxes during his 39 league and cup appearances.

Although he has failed to reach the dizzy heights of last season, Mahrez has still scored 10 goals and supplied seven assists this season during his 45 outings in all competitions.

The former Le Havre star interested a number of clubs last summer and could be the subject of interest ahead of the upcoming summer transfer window, if Spurs take Waddle’s advice.

However, it remains to be seen how much the north London giants would have to spend on Mahrez, who has three years remaining on his current deal at the King Power Stadium.

Mahrez has proved both this season and last that he holds the ability to unlock a defence out of nothing. Spurs are likely to face sides that will look to frustrate Pochettino’s side next season. Bringing in players that can create something from very little could then be key to Spurs’ chances in the title race next term and a player like Mahrez would be perfect. However, the signing of Mahrez would spark a mini exodus in Spurs attacking ranks, with Moussa Sissoko and Georges N’Koudou struggling to make any kind of impression at White Hart Lane. If a player, such as Mahrez, is added to Spurs’ attack, then N’Koudou and Sissoko could be likely to leave north London.

In other Tottenham transfer news, Stan Collymore has urged Spurs to sign this 32-goal striker in the summer transfer window.