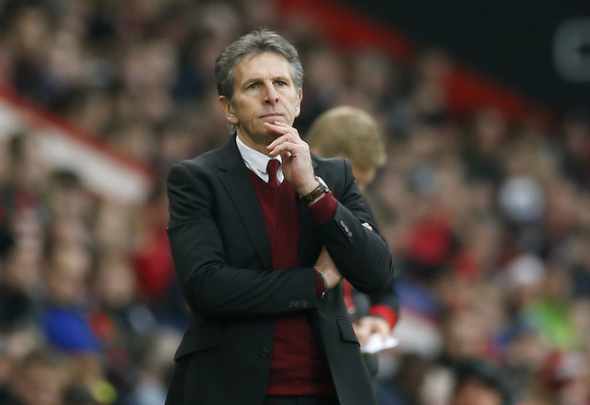 Southampton manager Claude Puel believes Tottenham will cope without star striker Harry Kane on Sunday due to their attacking options.

The Saints are currently gearing up for a clash at White Hart Lane where they will face former boss Mauricio Pochettino in London.

The Argentine has been dealt a blow heading into the encounter with top scorer Kane departing Sunday’s match against Millwall after just 10 minutes with an ankle injury.

However, Puel believes they will still be strong in the final third, highlighting Dele Alli, Vincent Janssen, Christian Eriksen and Son Heung-min as the club’s danger men.

“He’s a very important player,” started Puel speaking in his press conference on Friday afternoon in regards to Kane’s injury.

“But, in the last game you can see that Son had three goals and with Alli, Janssen, Eriksen they have many players of high quality in their offence.

“I think they can do without him (Kane), he’s such a strong and great player of course, but they have many possibilities and many solutions for Pochettino.”

Kane has scored 19 of Tottenham’s 53 league goals this season with Alli the only other Spurs man to hit double figures on 13.

Son and Eriksen trail behind them both with seven and five strikes respectively, while those behind them have two or less goals to their name.

But, when the England international was injured earlier in the season Tottenham still went unbeaten in the Premier League with two wins and three draws from five games and the club will be hoping for similar results this time around.

In other Tottenham news, Michael Owen has predicted Spurs’ match against Southampton.