Speaking exclusively to Football Insider correspondent Dylan Childs, the former Tottenham and England striker believes the pair are too slow to be an effective partnership.

Football Insider understands that the club are hopeful of signing Swansea City defender Rodon by Friday’s transfer deadline in a £10million-plus deal. 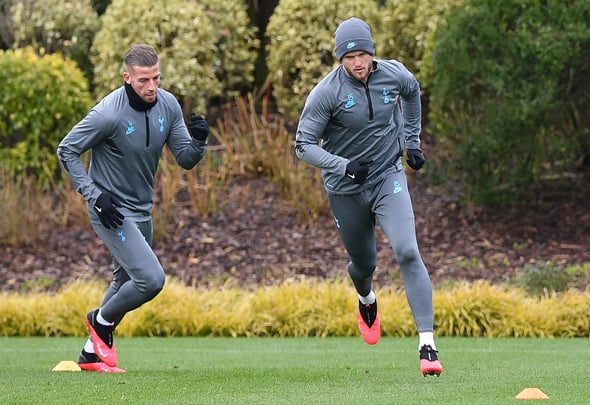 After signing six players in the international window, the centre-back position is the final area of the squad that Mourinho wants to address.

The Lilywhites were confident of signing Chelsea defender Antonio Rudiger on international deadline day only for him to reject the move.

“Mourinho has really liked him for a long time. He tried to sign him when he was at United.

“Even that stretch of games where they played so many games in a small amount of time, Eric Dier played in all of them.

“I think he trusts him and really likes him.

“I’ve got questions about his mobility a little bit, at the very highest level where you’ve got maybe speed demons around him. I question that side of it.

“As far as reading the game and defending properly I like Eric Dier and I think he’s good.

“Clearly Mourinho rates him and they’ve got one there.

“It’s who do you play alongside him? If you play him and Toby both very good footballers, very strong but speed wise, pace wise it becomes quite predictable.

“You can’t play a high line if you play them two because the moment you play a two with Toby and Eric Dier if the centre-forward is quick you put it behind them and they can’t live with it.”

The pair started Spurs’ 1-0 loss to Everton on the opening day of the season.

They have not lost a league game since after Davison Sanchez replaced Alderweireld at the heart of defence.

In other news, Alan Hutton is buzzing about seeing a Tottenham player in training after watching him in training.