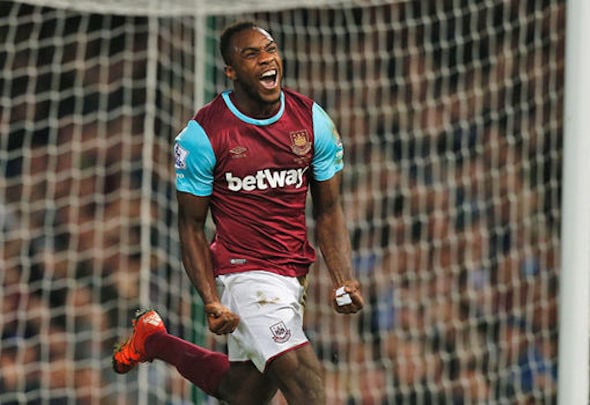 West Ham midfielder Michail Antonio has signed a four-year contract with the club, it was confirmed on Thursday.

The Hammers announced on their official website that the 27-year-old attacking midfielder has committed his prime years to the club.

Antonio has put to bed concerns about his future by penning a deal that runs until the summer of 2021.

It replaces his current deal, signed last year as a reward for an impressive debut campaign following his August 2015 transfer from Nottingham Forest.

Antonio has been in contract talks with the London club since January and acknowledged they have dragged on for some time.

““It’s about time, eh!” said the winger to the West Ham website. “I’m only joking! I’m over the moon, I’ve loved my time here and I’m just happy that we have managed to get things sorted so I can move onto next season and do what I’ve done this season.”

Antonio was recently voted the 2017 Hammer of the Year in the club’s annual end of season awards.

It’s been a very impressive second season for the Englishman with the Hammers as he has made 29 Premier League appearances, scoring nine goals and providing three assists in the process

The winger has gained a reputation for being something of a heading machine, with seven of his nine goals this season coming from headers.

His impressive performances this season saw him earn his first call up with the England national team in March.

Antonio will be unavailable for the Hammers’ remaining two matches in the Premier League as he picked up a hamstring injury in the 3-2 defeat at the hands of Bournemouth in March.

The Englishman was signed by Slaven Bilic ahead of the 2015-16 season from Championship side Nottingham Forest and his performances helped the Hammers finish 7th in the Premier League and secure a place in the Europa League.

Antonio entered his name in West Ham folklore as he scored in the final ever match played at Upton Park where the Hammers beat Manchester United 3-2 in a memorable game.

In other West Ham transfer news, these fans want their club to sell this 23-year-old defender.